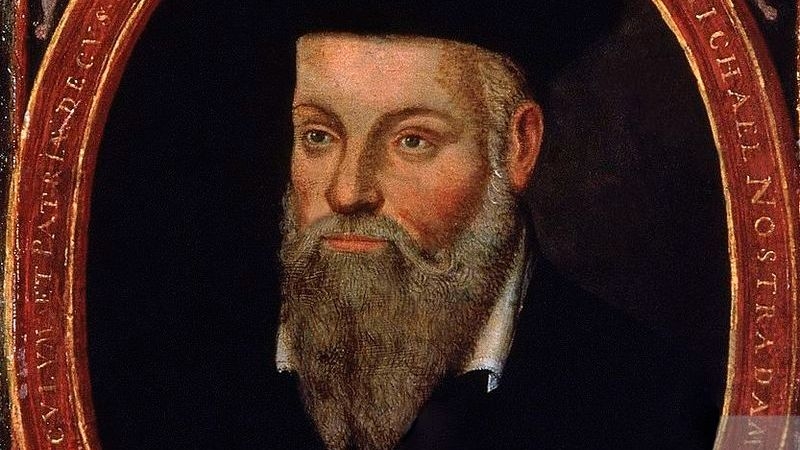 The year 2021 was an eventful one with the entire world facing unprecedented challenges due to the Corona virus. Even after a year full of ups and down, people have still managed to somehow remain hopeful and excited as they wonder what the upcoming year 2022 has in store for them.

Numerologists, Astrologers and tarot readers have begin to make forecasts for 2022, however, the most famous among them did so about 500 years ago.

Yes, you guessed it right! We are talking about Nostradamus- the world renowned plague doctor, astrologer, and seer from France

So lets take a look at what Nostradamus had predicted for 2022:

The death or disappearance of a prominent political personality

"The sudden death of the first character, he will be changed and they will put another in his kingdom."

For some, this implies that a key member of the world political community will disappear physically. Some feel it refers to Queen Elizabeth of the United Kingdom, others to North Korean leader Kim Jong-Un, while some believe it is in reference to US President Joe Biden.

"Like the sun, the head will seal the shining sea. The live fish of the Black Sea will almost boil."

Nostradamus predicted a solar storm of unprecedented magnitude, the melting of the poles, and an increase in sea level in this way. He also foresaw floods, earthquakes and serious droughts.

Inflation and famine are two of the world's biggest problems

"So high the price of wheat/That man is stirred/His fellow man to eat in his despair."

He predicts that inflation, which is at its peak now, given the global pandemic situation, will cause tremendous unrest and possibly lead to people turning on each other for profit. Even if it suggests cannibalism, it seems more like a metaphor.

"The Moon in the full of night over the high mountain /The new sage with a lone brain sees it /By his disciples invited to be immortal/Eyes to the south. Hands in bosoms, bodies in the fire."

Concerns surrounding artificial intelligence are increasing as technology progresses day by day. As more AIs develop "consciousness," predictions warn that one of them will go on to become self-aware and take control of our systems.

"Sacred temples of the Roman time, will reject the foundations of their foundation."

Those who have deeply studied the writings and prophecies of the French seer are certain that Nostradamus refers to the European Union and predicts its downfall, which could have commenced with Brexit and would complete this year with the downfall of this political community.

In 1555, Nostradamus also predicted that our planet will be hit by an asteroid, leading to mass death.

The prophecies of the seer are ambiguous as to when the claimed 'celestial stone' strike will take place, but he did mention that a 'great fire' would fall from the sky.