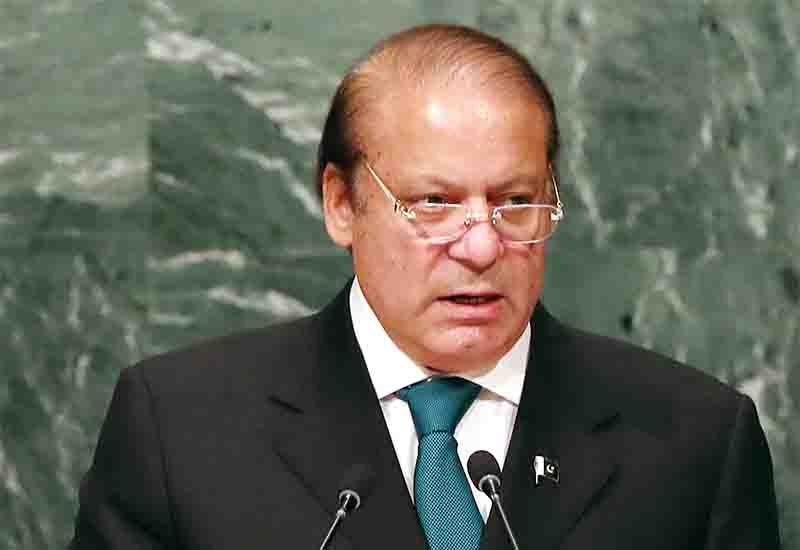 Islamabad: Former Pakistan prime minister Nawaz Sharif's condition continues to be serious and his son has alleged that his father is being poisoned in jail, Dawn newspaper reported. Nawaz Sharif is currently lodged in Lahore's Kot Lakhpat Jail on corruption charges.

According to the news report, Hussain Nawaz, son of Nawaz Sharif, has alleged that reduction in platelets of his father might be the result of some kind of "poisoning". Tweeting from London, he said: "Thrombocytopenia as manifestation of poisoning. If anything happens to Nawaz Sharif you know who are responsible for this."

According to the medical tests carried out on Tuesday, Nawaz Sharif's platelet count had "dropped from 16,000 to a critical level of 2,000" when he was brought to hospital late on Monday night, prompting the medical board members to go for "immediate transfusion of the platelets to save his life", said one of the board members, reported Dawn news.

On Tuesday, Pakistan Muslim League-Nawaz (PML-N) President and Sharif's brother, Shahbaz Sharif met him at the hospital. Shahbaz later tweeted: "I visited my brother Nawaz Sharif in hospital earlier today. I am gravely concerned and worried about his fast deteriorating health condition. The government must shun its apathy and attend to his serious health issues. I appeal to the nation to pray for Mian sahib."

During his interaction with reporters outside the hospital, the leader of the opposition in the National Assembly demanded an investigation into the delay in shifting Nawaz Sharif to hospital following drop in his platelets to the critical level.

Meanwhile, a six-member board of doctors, headed by Lahore Services Hospital Principal Ayaz Mahmood, examined the former Pakistan PM and transfused "three mega units of platelets" into the patient. A board member said: "The medical board carried out his multiple tests, but could not succeed in diagnosing the disease that led to drop in his platelets count." He added that by Tuesday evening Sharif's platelets count had increased to 18,000.

While both leaders of the major opposition parties had been complaining about the authorities not providing them necessary healthcare in Kot Lakhpat and Adiala jails for the past several months, they were rushed to hospitals one after another due to their deteriorating health condition.

Former Pakistani Interior Minister and PML-N General Secretary Ahsan Iqbal alleged that the National Accountability Bureau (NAB) officials turned a blind eye to Nawaz's health and "threw his medical reports into bin" despite repeated requests by his personal doctor. He demanded that former Pakistani premier Shahid Khaqan Abaasi also be shifted to hospital as his health condition was also not good.