Sharif remained out of the country for 262 days on foreign trips and spent Rs 1.84 billion on those visits. Zardari during his presidency made 134 foreign visits and spent 257 days abroad. The visits cost Rs 1.42 billion to the national exchequer at a time when the country was under a heavy burden of debts.
PTI 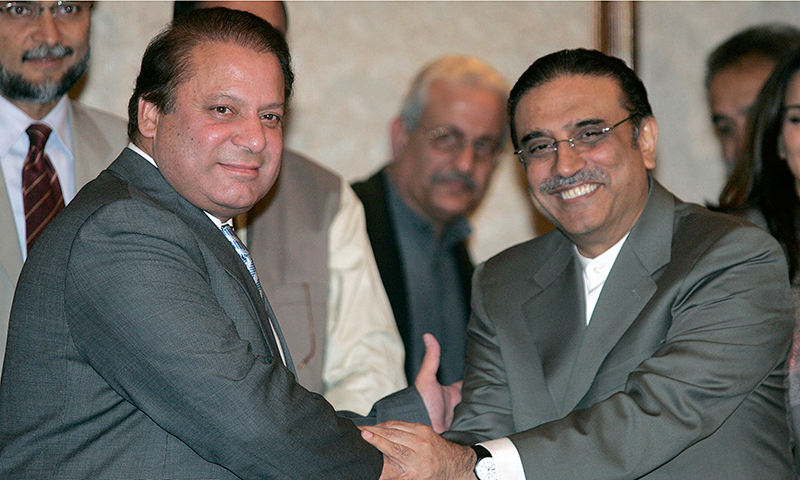 Zardari during his presidency made 134 foreign visits and spent 257 days abroad. He also took 3,500 people along with him on those trips, said the minister. "The visits cost Rs 1.42 billion to the national exchequer at a time when the country was under heavy burden of debts," he said.

Zardari visited Dubai 51 times and spent Rs 100 million, while he spent Rs 320 million on 17 visits to the UK. The detailed were shared ahead of upcoming meeting of Prime Minister Imran Khan to meet US President Donald Trump on July 22.

Mahmood said that unlike former rulers, Khan would stay at the residence of the ambassador in Washington and his small delegation will stay at a three-star hotel. "Every effort will be made to minimise expenditures during this visit," he said.

Mahmood also said that cabinet decided that media should not be allowed to promote the narrative of convicted persons. Apparently, the move aims to curtail the space given by media to Sharif and Zardari. Sharif is serving seven-year sentence in a corruption case which his family and party said was politically motivated conviction.

Zardari is in custody of anti-corruption officials who are probing allegations of money laundering through fake bank accounts against him, which he termed as fake allegations.