The visit by the Prime Minister of Israel is expected to further strengthen our excellent bilateral cooperation in diverse areas, including in defence, agriculture, water, trade, education and science and technology

"At the invitation of Prime Minister Shri Narendra Modi, H.E. Mr. Naftali Bennett, Prime Minister of the State of Israel, will pay a visit to India on April 3 - 5, 2022. The two leaders had earlier met on the sidelines of COP 26 in Glasgow in November 2021. They also had a telephonic conversation on 16 August 2021," the statement released by the MEA said.

"The visit by H.E. Mr. Bennett would be his first to India in his capacity as Prime Minister. This visit would take place on the occasion of the commemoration of 30 years of full diplomatic relations between India and Israel and 75 years of India’s independence," it added.

India and Israel, which marked the 30th anniversary of full-fledged diplomatic ties this January, have a close defence relationship as Tel Aviv had supplied several state-of-the-art weapon systems to India and are the members of a four-nation strategic arrangement in West Asia, dubbed as the middle-eastern Quad. The United States and the United Arab Emirates are the other two members of the grouping.

"India and Israel elevated their bilateral relationship to a strategic partnership during the historic visit of Prime Minister Modi to Israel in July 2017. Since then, the two countries have continued to deepen their strategic partnership, with a focus on innovation and research as two knowledge-based economies," the MEA's statement noted.

The Ukraine crisis is expected to top the agenda of the visit. Indian and Israeli PMs have engaged with Russian and Ukrainian leadership over the crisis.

Bennett was in Moscow on a surprise visit, while Modi and Putin have spoken three times since February 24, the day Russia launched the military operations in Ukraine. Modi spoke to the Ukrainian leader twice as India maintains dialogue and diplomacy are the only way forward.

Bennett's Moscow trip was seen as an effort to further his potential role as a mediator between the two sides, as Israel has good relations with both Kyiv and Moscow. 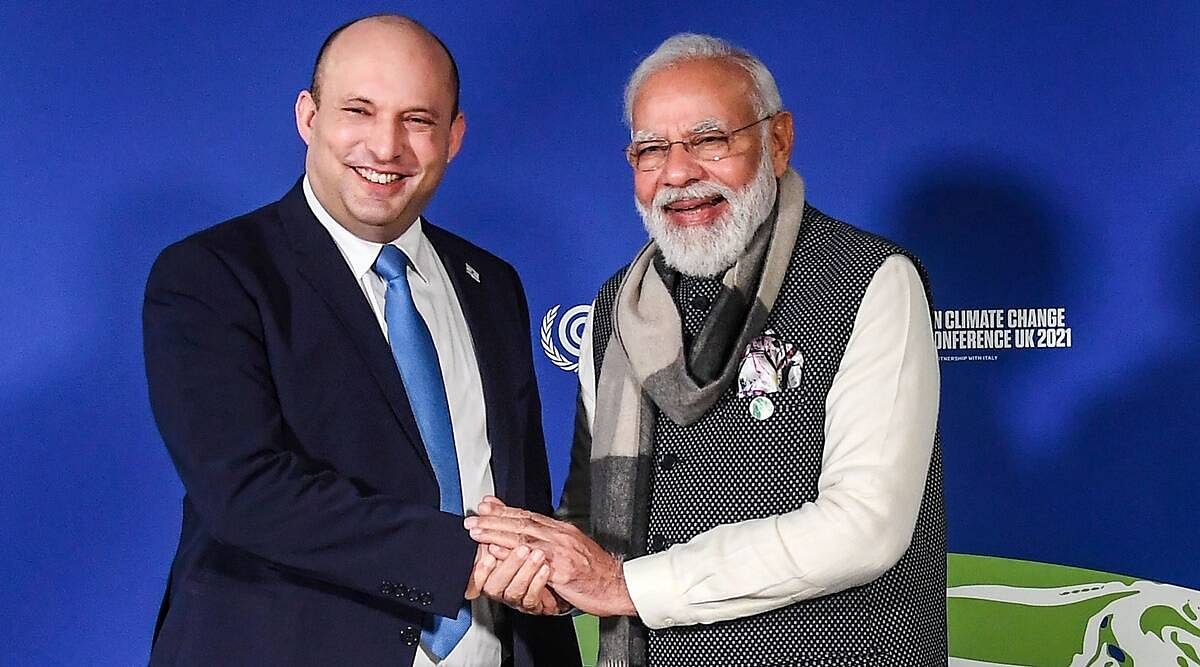