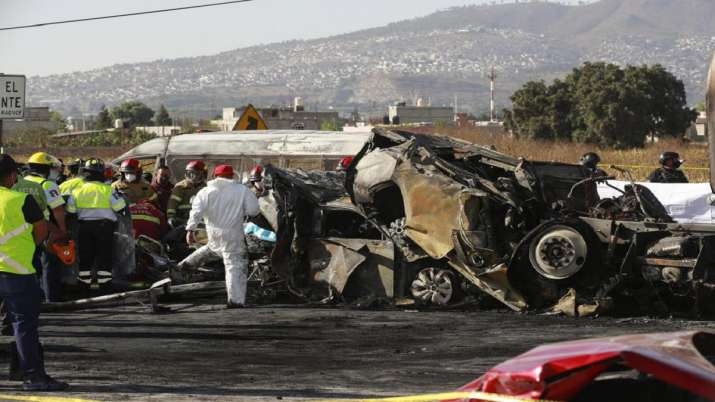 At least 19 people were killed and three others were injured in a road mishap on a highway in Central Mexico on Saturday after a transport truck smashed into a toll booth and six other vehicles.

According to Mexico's Federal Roads and Bridges and Related Services (Capufe), the cargo truck's brakes malfunctioned resulting in losing its balance and smashing into other vehicles, the accident also created a massive fire on the highway.

The truck driver was killed on the spot with others, the injured were taken to the nearby medical clinic, Xinhua news agency quoted Capufe as saying.

Capufe also said it was working to remove the vehicles involved in the accident, the highway has been closed for traffic.

Videos posted on social media showed some of the vehicles involved in the accident engulfed in flames, while others near the toll booth were completely destroyed.