Along with other lawmakers, Ocasio-Cortez had some tough questions for Zuckerberg during a hearing in front of the US House of Representatives financial services committee regarding the launch of Facebook’s cryptocurrency project, Libra.
FPJ Web Desk 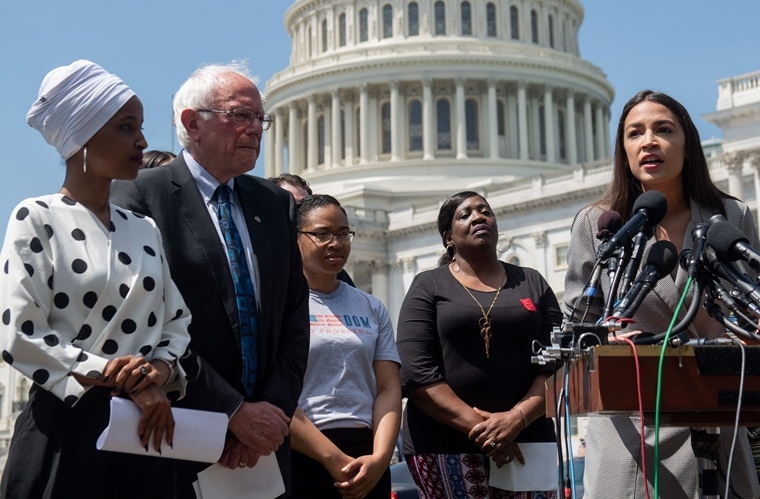 Facebook CEO, Mark Zuckerberg faced a severe grilling by the Democratic lawmaker Alexandria Ocasio-Cortez regarding the jaw-dropping Facebook’s Cambridge Analytica scandal and Facebook’s unwillingness to monitor political advertising on its platform on Wednesday.

Along with other lawmakers, Ocasio-Cortez had some tough questions for Zuckerberg during a hearing in front of the US House of Representatives financial services committee regarding the launch of Facebook’s cryptocurrency project, Libra.

“In order for us to make decisions about Libra, I think we need to kind of dig into your past behavior and Facebook’s past behavior with respect to our democracy,” the New York congresswoman said, before asking Zuckerberg when he had first learned of Cambridge Analytica’s operations.

Facebook has declined to disclose any information on when the organization or its founder realized the company was harvesting and selling user data to influence elections.

As a part of a lawsuit, the Internal Facebook correspondence detected the problem in 2019. The correspondence revealed that executives knew of potentially improper data collection by Cambridge Analytica as early as September 2015. The report was first outed by The Guardian in December 2015.

On being asked, Zuckerberg said that he got to know about the scandal around the same time as the news was made public. Ocasio-Cortez asked if anybody on Zuckerberg’s leadership team knew about the firm before the report published by the Guardian on 11 December 2015.

He said, “I believe some folks were tracking it internally,” Zuckerberg said. “I do think I was aware of Cambridge Analytica as an entity earlier, but I don’t know if I was tracking how they were using Facebook specifically.”

On Facebook’s policy on political advertisement, Ocasio questioned about fact-checking, asking if she could pay to advertise an incorrect election date to people in a primarily black zip code, for example. To which Zuckerberg said that the platform does pull down posts that instigate violence, or of census or voter suppression.

Ocasio also targetted the CEO on his “dinner parties with far-right figures”, however, he managed to dodge the question.

He said, “I get that I’m not the ideal messenger for this right now. We’ve faced a lot of issues over the past few years and I’m sure there are a lot of people who wish it were anyone but Facebook that was helping to propose this,”