Jointly appearing in Wilmington, Delaware, to make their election case for the first time as running mates, Biden said his pick for the party's vice presidential nominee is "smart, tough and a proven fighter for the country's middle class"
Lalit K Jha 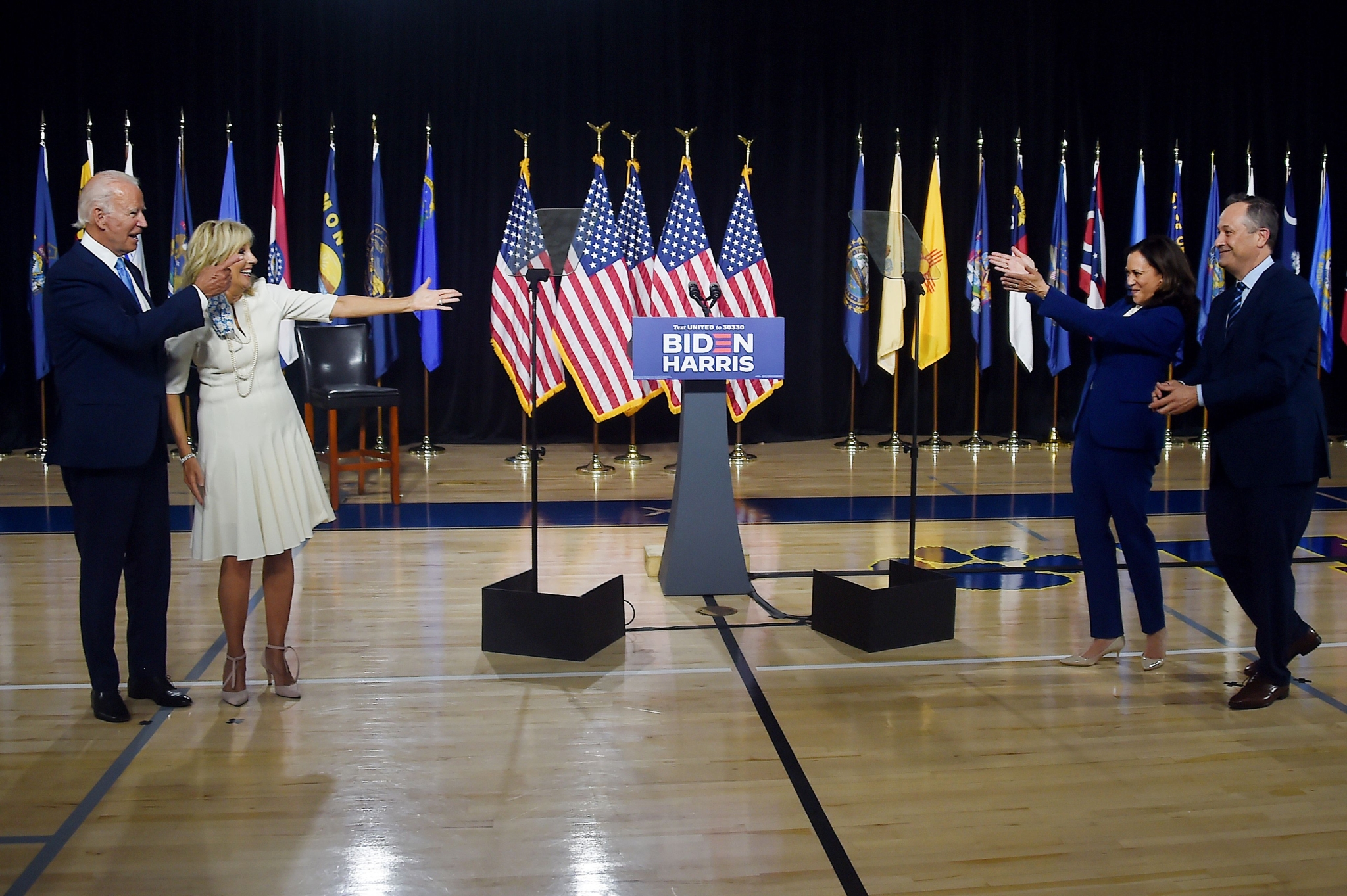 Democratic presidential nominee Joe Biden made a maiden public appearance with his running mate Kamala Harris on Wednesday during which the Indian-American shredded Donald Trump's White House record, saying that the president is not "up to the job." Biden, a 77-year-old white man, on Tuesday named 55-year-old Harris as his vice-presidential running mate, making history by selecting the first Black woman to compete on a major party's presidential ticket.

Jointly appearing in Wilmington, Delaware, to make their election case for the first time as running mates, Biden said his pick for the party's vice presidential nominee is "smart, tough and a proven fighter for the country's middle class".

"She knows how to make the hard calls. She's ready to do this job on day one. And we're both ready to get to work rebuilding this nation and building a better," he said.

The event was not open to the public due to coronavirus prevention needs. Both Biden and Harris walked on stage wearing masks to address a socially distanced group of masked journalists.

Harris said that once elected, the Biden administration will create millions of jobs, fight climate change and build an affordable care act among various other strong initiatives for the welfare of Americans.

Hitting hard on the three and half years of the Trump administration during her first appearance after being picked as the vice presidential nominee of the Democratic party on Tuesday, Harris presented a long list of missteps taken by the Trump government.

"This is what happens when we elect a guy who just isn't up for the job," Harris said. "Our country ends in tatters and so does our reputation around the world." Harris said the case against President Trump and Vice President Mike Pence is "open and shut" as she mentioned a lot of sectors where the current administration has created a complete mess.

"Just look where they've gotten us. More than 16 million out of work, millions of kids who cannot go back to school, a crisis of poverty, of homelessness afflicting black, brown, and indigenous people the most, a crisis of hunger afflicting one in five mothers, who have children that are hungry, and tragically, more than 165,000 lives that have been cut short, many with loved ones who never got the chance to say goodbye," she said.

"It didn't have to be this way. Six years ago, in fact, we had a different health crisis. It was called Ebola. And we all remember that pandemic. But you know what happened then? Barack Obama and Joe Biden did their job. Only two people in the United States died, two," Harris said.

That is what's called leadership, she told the audience.

She said the Biden-Harris administration will ensure equality for the people of America.

Meanwhile, Biden raised USD 26 million for his presidential campaign in the 24 hours that followed his announcement on picking Harris to be his running mate.