It is her body, her decision: Kamala Harris accuses Democratic presidential candidates of ignoring abortion rights 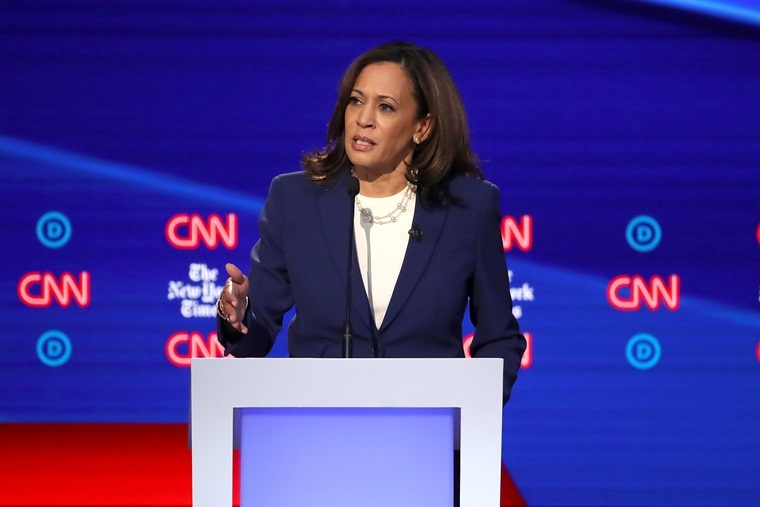 On Tuesday, Kamala Harris accused her fellow Democratic presidential candidates and debate moderators of failing to adequately prioritise the discussion of abortion rights.

During a debate organised by CNN in Ohio, Kamala Harris said, “This is the sixth debate we have had in this presidential cycle and not nearly one word, with all of these discussions about health care, on women’s access to reproductive healthcare, which is under full-on attack.” “There are states that have passed laws that will virtually prevent women from having access to reproductive healthcare,” she said at the CNN/New York Times debate in Westerville, Ohio. “And it is not an exaggeration to say women will die. Poor women, women of color will die because these Republican legislatures in these various states who are out of touch with America are telling women what to do with their bodies.”

“People need to keep their hands off of women’s bodies and let women make the decisions about their own lives,” she added. "This is still a fundamental issue of justice for women in America... It is her body. It is her right. It is her decision," said Kamala Harris during debate.

Asked later how she would protect abortion rights as states restrict access or impose penalties on women who get the procedure after a set number of weeks, Harris said she’d have the Justice Department review such laws to ensure they are legal before they can take effect.