The Israeli Prime Minister Benjamin Netanyahu has stated that the continued fighting with the Islamic Hamas movement in the Gaza strip "will take time" to end.

Israeli Prime Minister Benjamin Netanyahu said that the continued fighting with the Islamic Hamas movement in the Gaza Strip "will take time" to end.In a statement on Thursday, he said Israel's airstrike campaign against Hamas in Gaza is not nearing an end anytime soon, reports Xinhua news agency."It will take time, but with great firmness, both defensively and offensively, we will achieve our goal to restore peace to the State of Israel," he said during a visit to an Iron Dome air defence batter.

Meanwhile, combat troops have moved along the fence separating between the Gaza Strip and Israel amid "various stages of preparing ground operations", Jonathan Conricus, a spokesman with the Israel Defense Forces, told reporters."The Chief of Staff is inspecting those preparations and providing guidance," he said.

Israel has been pounding Gaza with hundreds of massive air strikes since Monday.On Thursday, the army said in a statement it destroyed a fourth multi-storey building that was used by Hamas.Israeli war jets and aircraft struck a military compound containing three anti-tank missile launchers belonging to Hamas and bombed and killed at least four squads of anti-tank missile operatives, according to the military.

Overnight, Israeli strikes targeted militant infrastructure in the residence of Iyad Tayeb, the commander of the Hamas "Central Camps" Battalion.In addition, strikes killed "a number of terrorists belong to the Hamas naval force," according to a military statement.Rockets from Gaza have continued on Thursday, targeting mostly southern Israel.At midday, militants in Gaza fired barrages of dozens of rockets at Tel Aviv and other locations in central and southern Israel, authorities said.

According to a statement by the emergency health services, two people were reportedly injured by shrapnel.Israel and Hamas have been fighting for four days in the most severe flare-up of conflicts between the two sides since 2014.At least 103 Palestinians and eight Israelis have been killed. 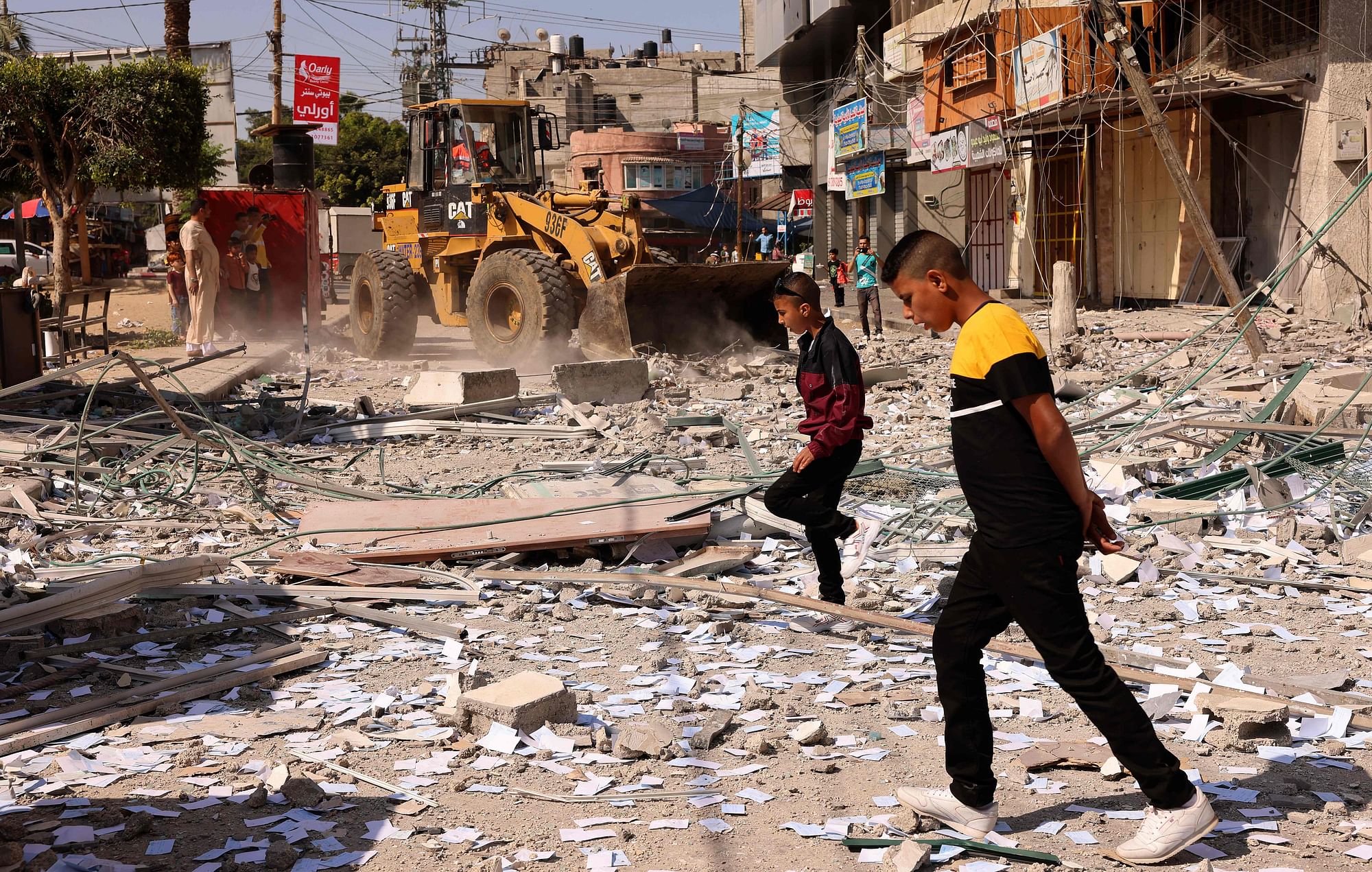