A Kashmir-born Muslim doctor scrubbed up alongside an Israeli team to help a Jewish family was a reminder of the universal nature of medicine: Dr. Noor Ul Owase Jeelani
PTI 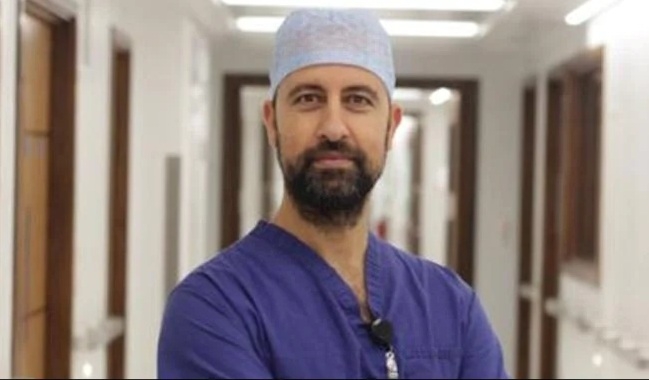 Jerusalem: A world-renowned Indian-origin pediatric neurosurgeon in the UK has helped a group of Israeli doctors to successfully operate on a pair of twins conjoined at the head, with the babies now likely to lead normal lives, a media report here said.

This is for the first time that Dr. Noor Ul Owase Jeelani, who was born in Kashmir and works at London's Great Ormond Street Hospital, agreed to carry out such a surgery outside the UK when contacted by doctors at Israel's Soroka hospital, according to a report in The Times of Israel (TOI).

He and his colleague, Professor David Dunway, are globally seen as experts on such cases.

Jeelani said, "from a doctor's point of view, we're all one" and that medicine transcends all divisions.

"He said that the fact that a Kashmir-born Muslim doctor scrubbed up alongside an Israeli team to help a Jewish family was a reminder of the universal nature of medicine," the report quoted him as saying.

"It was a fantastic family that we helped," Jeelani said, adding, as I've said all my life, all children are the same, whatever colour or religion".

"The distinctions are man-made. A child is a child. From a doctor's point of view, we're all one," he emphasised.

The doctor found the family's delight at the success of the operation "deeply moving".

"There was this very special moment when the parents were just over the moon. I have never in my life seen a person smile, cry, be happy, and be relieved at the same time. The mother simply couldn't believe it, we had to pull up a chair to help her to calm down," Jeelani told the news portal.

Jeelani is said to have also worked for months on the surgery of the Israeli twins.

"We've been involved right from the start, talking to the team in Israel and planning it with them over a period of six months," he said.

"This latest surgery fulfills a key objective of our charity, namely, to empower local teams abroad to undertake this complex work, successfully utilising our experience, knowledge, and skills gained over the past 15 years with our previous four sets of twins," the neurosurgeon stressed.

It is also a major achievement for the medical team at Israel's Soroka hospital that managed this complex operation despite having never performed such a surgery.

It involved complicated on-the-spot decisions regarding which blood vessel to give to which twin, and assessing in real-time the impact that immediate decisions were having on the functioning of the brains, the report said.

Jeelani has performed four other such surgeries on twins who were conjoined at the head with fused skulls, intertwined brains, and shared blood vessels.

His involvement with conjoined twins started in 2017 when a neurosurgeon from Peshawar, Pakistan, asked him to operate on identical conjoined twins, Safa and Marwa, born three months earlier to a woman from rural northern Pakistan.

He raised the money for the surgery from a Pakistani oil trader called Murtaza Lakhani and, with Dunaway, successfully performed the operation after hundreds of hours of preparation.

Following the success, he went on to establish Gemini Untwined, a nonprofit organisation, to plan and perform such operations, the report said.