In Pictures: Protests across Europe as prices soar and winter approaches

Across Europe, soaring inflation is behind a wave of protests and strikes that underscores growing discontent with spiraling living costs and threatens to unleash political turmoil

People holds banners and placards as they attend a RMT (The National Union of Rail, Maritime and Transport Workers) union train strike rally outside King's Cross railway station, in London | AP
Follow us on

In Romania, protesters blew horns and banged drums to voice their dismay over the rising cost of living. People across France took to the streets to demand pay increases that keep pace with inflation. Czech demonstrators rallied against government handling of the energy crisis. British railway staff and German pilots held strikes to push for better pay as prices rise. 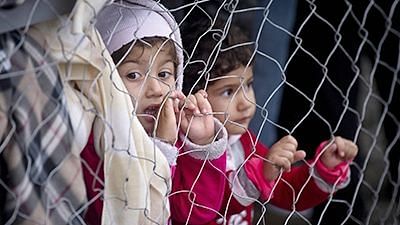 Across Europe, soaring inflation is behind a wave of protests and strikes that underscores growing discontent with the spiraling cost of living and threatens to unleash political turmoil. A man clenches his fists during a protest outside the government headquarters in Bucharest, Romania, on October 20 | AP

With British Prime Minister Liz Truss forced to resign less than two months into the job after her economic plans sparked chaos in financial markets and further bruised an ailing economy, the risk to political leaders became clearer as people demand action.

Europeans have seen their energy bills and food prices soar because of Russia’s war in Ukraine. Despite natural gas prices falling from record summer highs and governments allocating a whopping 576 billion euros (over $566 billion) in energy relief to households and businesses since September 2021, according to the Bruegel think tank in Brussels, it’s not enough for some protesters. 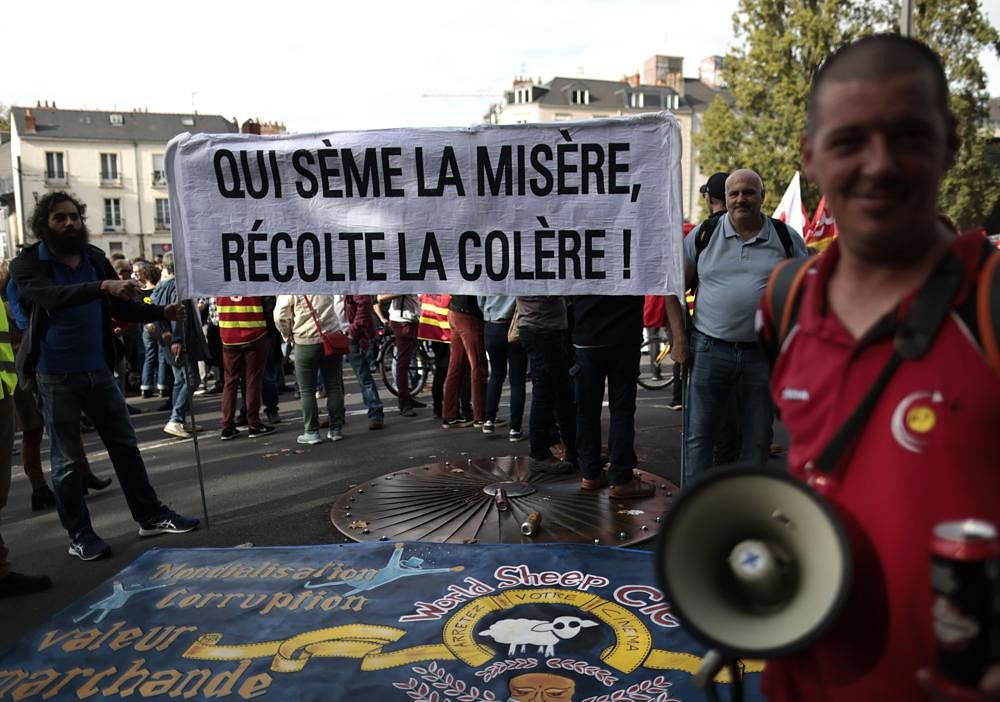 Protesters hold a banner that reads, "who sows misery reaps anger" during a demonstration, in Nantes, western France, on October 18 | AP

Energy prices have driven inflation in the 19 countries that use the euro currency to a record 9.9%, making it harder for people to buy what they need. Some see little choice but to hit the streets.

“Today, people are obliged to use pressure tactics in order to get an increase” in pay, said Rachid Ouchem, a medic who was among more than 100,000 people that joined protest marches this week in multiple French cities.

The fallout from the war in Ukraine has sharply raised the risk of civil unrest in Europe, according to risk consultancy Verisk Maplecroft. European leaders have strongly supported Ukraine, sending the country weapons and pledging or being forced to wean their economies off cheap Russian oil and natural gas, but the transition hasn’t been easy and threatens to erode public support. 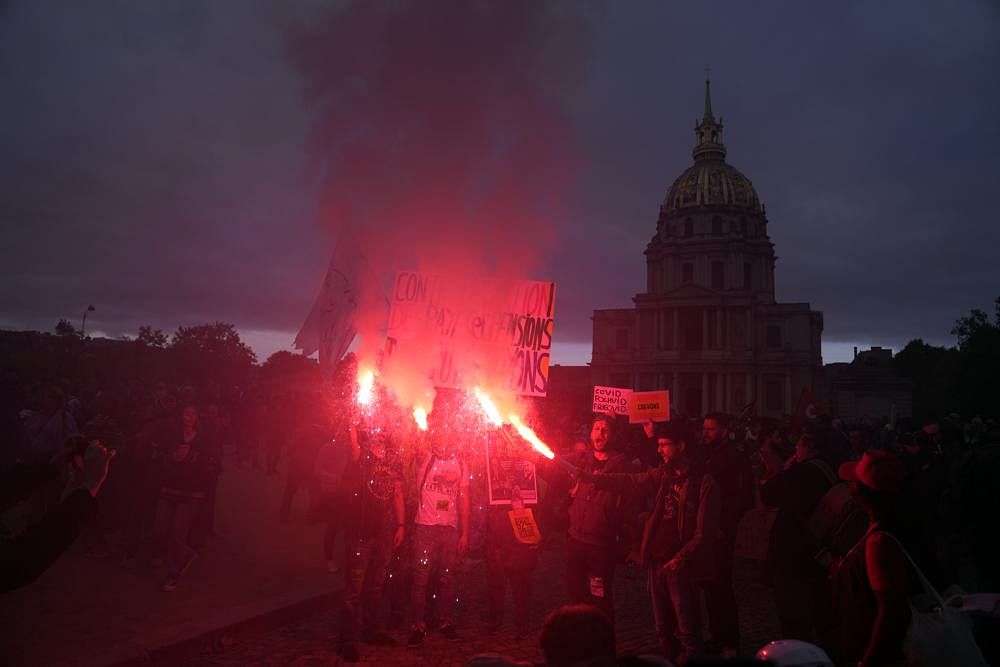 Protestors hold flares during a demonstration for salary raise, in Paris, on October 18 | AP

“There’s no quick fix to the energy crisis,” said Torbjorn Soltvedt, an analyst at Verisk Maplecroft. “And if anything, inflation looks like it might be worse next year than it has been this year.”

That means the link between economic pressure and popular opinion on the war in Ukraine “will really be tested,” he said.

In France, where inflation is running at 6.2%, the lowest in the 19 eurozone countries, rail and transport workers, high school teachers and public hospital employees heeded a call Tuesday by an oil workers’ union to demand salary increases and protest government intervention in strikes by refinery workers that have caused gasoline shortages.

Days later, thousands of Romanians joined a Bucharest rally to protest the cost of energy, food and other essentials that organizers said were sending millions of workers into poverty.

In the Czech Republic, huge flag-waving crowds in Prague last month demanded the pro-Western coalition government resign, criticizing its support of European Union’s sanctions against Russia. They also slammed the government for not doing enough to help households and businesses squeezed by energy costs.

While another protest is scheduled in Prague next week, the actions have not translated to political change so far, with the country’s ruling coalition winning a third of the seats in Parliament’s upper house during an election this month. Protesters burn symbolic energy bills outside the ICC in Birmingham prior to the Conservative Party conference at the ICC, Birmingham, England, on October 1 | AP

British rail workers, nurses, port workers, lawyers and others have staged a string of strikes in recent months demanding pay raises that match inflation running at a four-decade high of 10.1%.

Trains ground to a halt during the transit actions, while recent strikes by Lufthansa pilots in Germany and other airline and airport workers across Europe seeking higher pay in line with inflation have disrupted flights.

Truss’ failed economic stimulus plan, which involved sweeping tax cuts and tens of billions of pounds (dollars) in aid for household and businesses’ energy bills without a clear plan to pay for them, illustrates the bind that governments are in.

They “have very little room for maneuver,” Soltvedt said.

So far, the saving grace has been a milder than usual October in Europe, which means less demand for gas to heat homes, Soltvedt said.

However, “if we do end up with unexpected disruption to the supply of gas from Europe this winter, then, you know, we’ll probably see an even further increase in civil unrest, risk and government instability,” he said.