News agency IANS on Thursday took a satirical piece far too seriously, writing a story on the same. Pakistan Today had published an article stating that Prime Minister Imran Khan had brandished a chart, alleging that the curve was being flattened when it came to the COVID-19 outbreak, before realising that he was holding it upside down.

"Curve is finally flattening, says PM before realising chart upside down," says the publication's headline. In case anyone was uncertain, the article's lead image also has the word "satire" written in large red block letters. Now, before we progress further, it must be mentioned that IANS is a wire agency, that is, its articles are sent out to all other news agencies who have a subscription to the same. Thus as a result, many who have automated feeds for publication of wire reports saw this particular piece turn up on their website. And while we at FPJ fortunately did not take this article literally, we were able to access the original article, and have quoted excerpts from it here.

The error was pointed out by several Twitter users who shared screenshots of the two articles, noting that satire was clearly mentioned in the article. The article was written by Aarti Tikoo Singh, the Foreign and Strategic Affairs Editor of IANS.

"And best of all...She actually TOOK A BYLINE ON IT!" exclaimed one Twitter user.

"Prime Minister Imran Khan has made a gaffe claiming that the COVID-19 curve has been flattening in Pakistan. The faux pas happened because he was reading the chart upside down," begins the IANS report.

The article goes on to say that announced the same during a press conference on Wednesday, and held aloft a chart of coronavirus cases in the country, stating that the cases now seemed to be "tapering to a flat line." IANS quotes Pakistan Today to add that political aide Saleem Kheshgi realised what was happening, and told the Prime Minister, following which his "mood changed quickly"

IANS further quoted the report to indicate that Khan was heard "mumbling and fumbling" for some time: "Oh...I'm sorry, I'd thought..This doesn't seem to be...I don't think...well, if...I mean that's one way of looking at it but there's also another way of looking at it, if you...no, I mean." 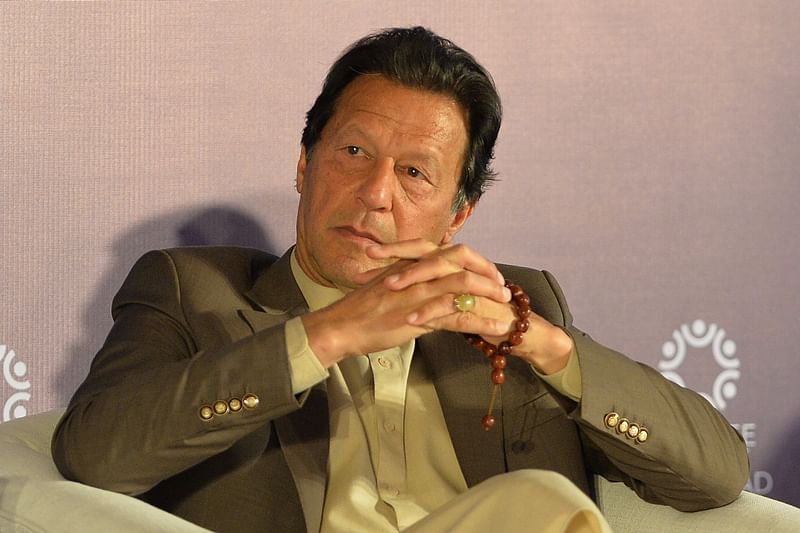 This is not the agency's first brush with satirical news being taken literally. Earlier, in December 2019, drug manufacturer Pfizer had to deny claims that hundreds of sheep in Southern Ireland had gone on a week-long uncontrollable sex drive after they drank water from Ringaskiddy Harbour where Pfizer had "accidentally spilled tonnes of Viagra."

This too was a report based on a satirical piece, that was then picked up by IANS and following that, by other media channels.