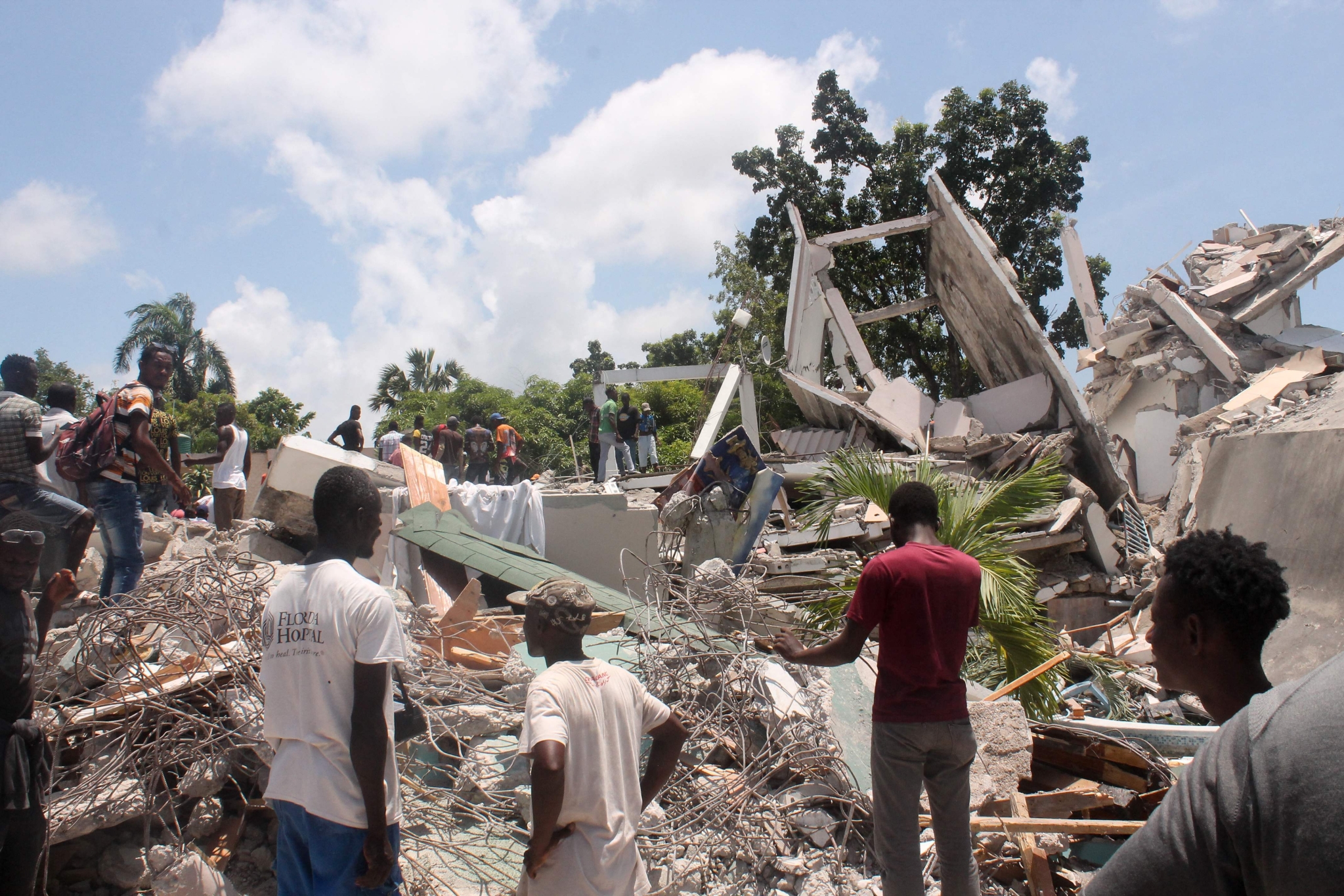 People search through the rubble of what used to be the Manguier Hotel after the earthquake hit on August 14, 2021 in Les Cayes, southwest Haiti. | Photo: AFP

Port-au-Prince [Haiti]: The death toll in Haiti due to the earthquake has risen to 2,189, an American news agency reported, citing the country's civil protection agency. According to the previous estimation, the death toll stood at 1,941 people.

A 7.2 magnitude earthquake struck off the coast of Haiti on last Saturday. Haitian Prime Minister Ariel Henry announced that he would declare a state of emergency in the country following the earthquake and urged for solidarity in the face of the disaster.

A number of countries have already expressed their readiness to provide Haiti with humanitarian aid. Aid has been slowly trickling in to help the thousands who were left homeless.

International aid workers on the ground said hospitals in the areas worst hit by Saturday's quake are mostly incapacitated and that there is a desperate need for medical equipment. But the government told at least one foreign organization that has been operating in the country for nearly three decades that it did not need assistance from hundreds of its medical volunteers. Three reasons why Haiti is prone to devastating earthquakes

Meanwhile, Prime Minister Ariel Henry said Wednesday that his administration will work to not "repeat history on the mismanagement and coordination of aid," a reference to the chaos that followed the country's devastating 2010 earthquake, when the government was accused of not getting all of the money raised by donors to the people who needed it.

In a message on his Twitter account, Henry said that he "personally" will ensure that the aid gets to the victims this time around.

While some officials have suggested that the search phase has to end and heavy machinery should be called in to clear rubble, Henry appeared unwilling to move to that stage.

"Some of our citizens are still under the debris. We have teams of foreigners and Haitians working on it," he said. He also appealed for unity: "We have to put our heads together to rebuild Haiti." "The country is physically and mentally destroyed," Henry said.

The U.S. Geological Survey said a preliminary analysis of satellite imagery after the earthquake revealed hundreds of landslides.