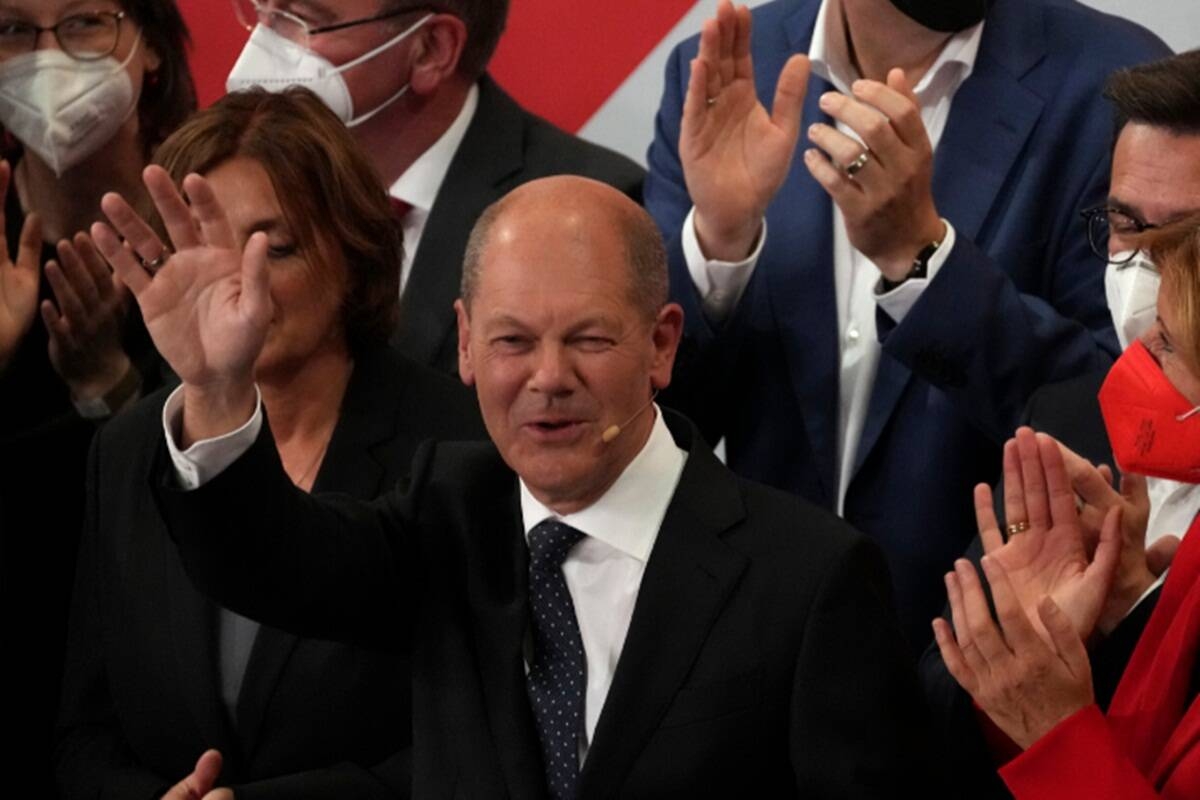 The center-left Social Democrats have won the biggest share of the vote in Germany's national elections, beating outgoing Chancellor Angela Merkel's center-right Union bloc in a closely fought race. Election officials said early Monday that a count of all 299 constituencies showed the Social Democrats won 25.9% of the vote, ahead of 24.1% for the Union bloc. The environmentalist Greens came third with 14.8% followed by the pro-business Free Democrats with 11.5%.

The two parties have already signaled that they are willing to discuss forging a three-way alliance with either of their two bigger rivals to form a government.

The far-right Alternative for Germany came fourth in Sunday's vote with 10.3%, while the Left party took 4.9%. For the first time since 1949, the Danish minority party SSW was set to win a seat in parliament, officials said. 'Eternal chancellor' Angela Merkel gets ready to step down- All you need to know about the leader...