He died at 94 years of age, making him the nation’s oldest former president in history.

George Herbert Walker Bush became the 41st president of the United States after succeeding Ronald Reagan in the White House in the year 1989.

Although his term lasted only four years he continued making headlines with his annual parachute jumps and numerous public appearances long after his stint ended.

Here are some lesser known facts about the former United States President:

Joined the Navy at 18 years of age: He chose to join The United States Navy in his adolescent years and became the youngest pilot to do so.

Served his country during World War 2: George H.W. Bush served as a torpedo bomber pilot from 1942 to 1944 during the Second World War. He went on 58 combat missions and was awarded the Distinguished Flying Cross for his contribution. 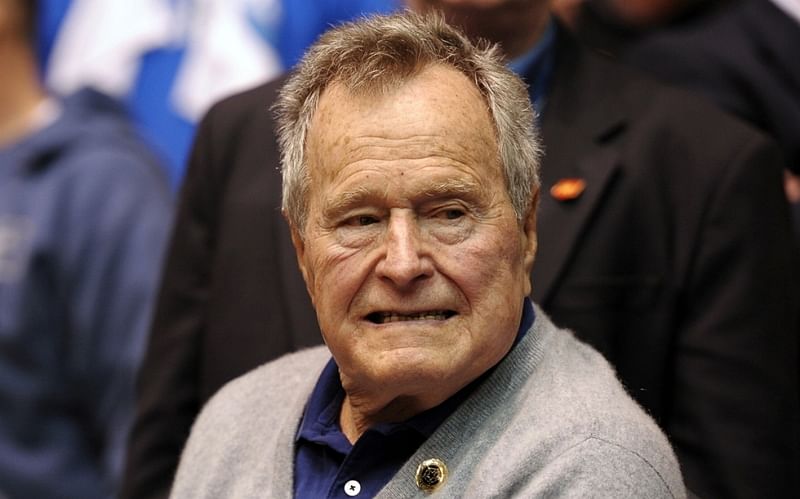 Became the captain of Yale's baseball team: He took admission in Yale in 1945, after being discharged from the Navy, and went on to captain their baseball team which later won two College World Series.

His nickname was 'Poppy': The former POTUS was popularly referred to as Poppy since his childhood.

Became the second president, to be the father of a president: His son George followed in his footsteps to become the 43rd U.S president.

Ended the Cold War: In November, 1990, Bush met with Soviet leader Mikhail Gorbachev in Paris and signed a mutual nonaggression pact, which marked the end of the Cold War.

Had a form of Parkinson's disease: Bush suffered from vascular parkinsonism, a condition that mimics Parkinson’s symptoms.