This news comes after North Korea reopened its border with China in January this year, after two years of a strict lockdown

In this Sept. 9, 2017, file photo, visitors walk across the Yalu River Broken Bridge, right, next to the Friendship Bridge connecting China and North Korea in Dandong in northeastern China's Liaoning province | AP

A South Korean media agency said today that freight train services between China and North Korea have been suspended.

The agency said services were suspended due to Covid-19 infections in the Chinese border city of Dandong. Meanwhile, South Korean authorities say they are keeping an eye on the situation.

This news comes after North Korea reopened its border with China in January this year, after two years of a strict lockdown. International aid groups say the strict lockdowns made North Korea’s and threatened food supplies to millions.

Chinese Foreign Ministry spokesperson Zhao Lijian said Friday the decision to suspend the freight services was taken “in light of the current epidemic situation in Dandong,” but he gave no other details.

The Dandong city government on Monday ordered all residents to swiftly return home and stay there to stem the spread of the virus. It said the government would make strenuous efforts to ensure the daily needs of residents but made no mention of links with North Korea and did not say when the lockdown would be lifted.

North Korea’s decision to tentatively reopen-cross border trade with China, its main ally and economic lifeline, possibly reflected a growing urgency in its need for outside relief.

North Korea still claims to have a perfect record in keeping out COVID-19 from its territory — a claim widely doubted. But the closure of its border to nearly all trade and visitors for two years further shocked an economy already damaged by decades of mismanagement and crippling U.S.-led sanctions over its nuclear weapons and missile program.

Authorities in Seoul, the capital of neighbouring South Korea, said they were keeping watch on the situation.

"The government is closely monitoring possible changes in related moves following Covid-19 cases in Dandong region," said an official of the unification ministry to Reuters.

Officials in Seoul said late last year they were watching closely for a resumption in cross-border rail traffic as a signal that restrictions might be loosening.

After nearly two years of border closures, some humanitarian aid is trickling into the country, though shipments of key supplies including food remain blocked, according to United Nations organisations.

Several shipments of nutrition and medical aid have entered the country after up to three months of quarantine at Nampo seaport, but there had been no confirmation of major shipments being transported by train. 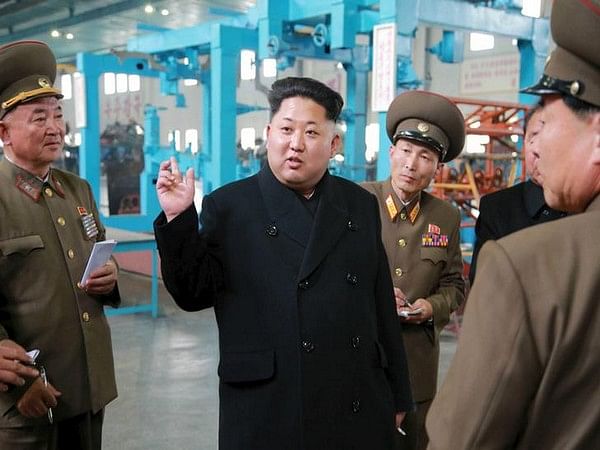