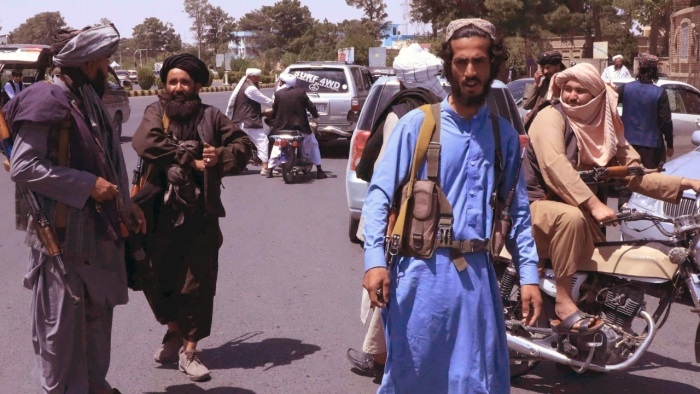 Paris: French Interior Minister Gerald Darmanin said an Afghan evacuated from Kabul to Paris and suspected of links to the Taliban was detained by French police on Tuesday.

The man is one of five Afghans placed under strict surveillance by France's intelligence agency for possible links to the Taliban. The five men were required to stay in a hotel in the Paris region for a quarantine, as are all evacuees who arrive in France without having been fully vaccinated.

"One left the place where he was asked to stay" and police arrested him, Darmanin said on news broadcaster France Info.

Of the other four men, one "was obviously linked to the Taliban," Darmanin said. "But he helped the French army a lot, the French (nationals), your fellow journalists, more than a hundred Afghans who had visas and could not get out from the embassy." The French Embassy has served as a shelter for hundreds of people before they were transferred to the Kabul airport, where the French ambassador and a reduced staff now work.

The man admitted to belonging to the Taliban and to bearing arms at a blockade in Kabul that was under his responsibility.

Darmanin said the security checks were done in Abu Dhabi, where the French have transferred evacuees before the onward journey to Paris.

"There was no breach," he said.

Darmanin said France has evacuated over 1,000 Afghans from Kabul over the past week, including a large majority of Afghans who worked with the French government or French groups in the country.