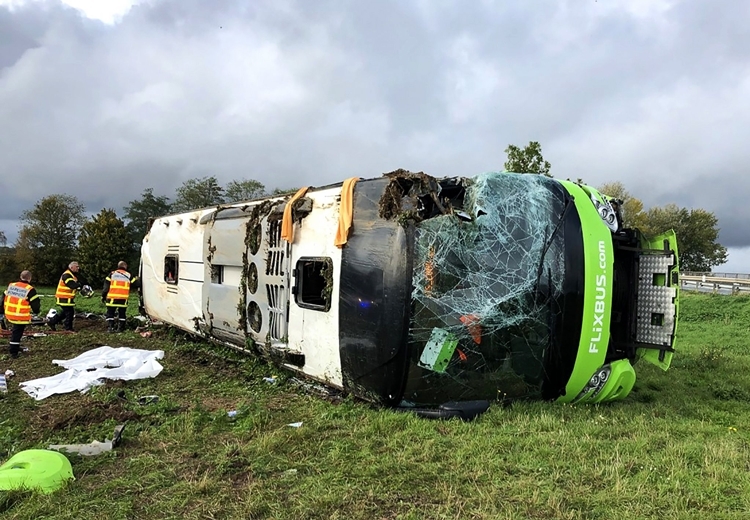 Emergency services are at work on the site of an accident after a bus from the Flixbus company overturned as it took an exit from the A1 motorway. | AFP Photo

Somme: At least 33 people were injured on Sunday as a result of a bus crash in the northern French department of Somme, local media reported.

Earlier it was reported that a bus of the FlixBus company overturned on Sunday morning, on its way from Paris to London. At least four people sustained serious injuries, while 29 others received minor injuries, according to Somme authorities.

Earlier, some French media reported that Russian citizens were among those injured in the bus accident, but a spokesperson of the Russian Embassy in France told Sputnik that no Russians were affected by the FlixBus accident on Sunday.

FlixBus said in a Sunday statement that it was working with local authorities to determine the exact cause of the accident.