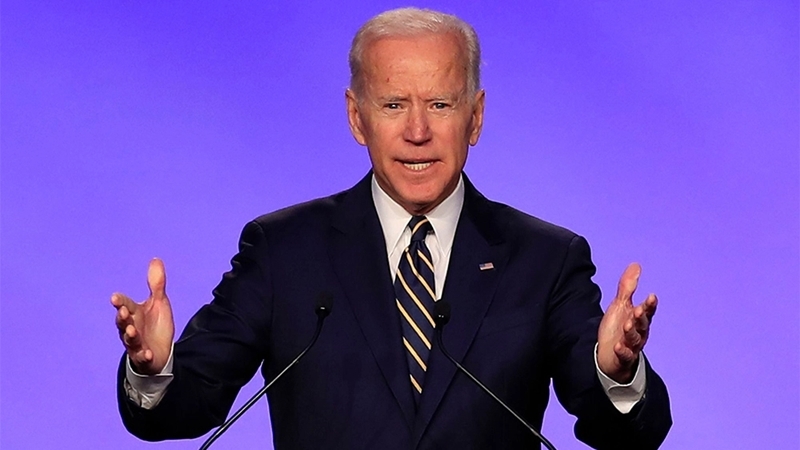 Washington: Former Vice President Joe Biden formally joined the crowded Democratic presidential contest on Thursday, declaring the soul of the nation at stake if President Donald Trump wins re-election. In a video posted on Twitter, Biden focused on the 2017 deadly clash between white supremacists and counter protesters in Charlottesville, Virginia.

Biden noted Trump’s comments that there were some “very fine people” on both sides of the violent encounter, which left one woman dead.

“We are in the battle for the soul of this nation,” Biden said. “If we give Donald Trump eight years in the White House, he will forever and fundamentally alter the character of this nation — who we are. And I cannot stand by and watch that happen.” The 76-year-old Biden becomes an instant front-runner alongside Vermont Sen. Bernie Sanders, who is leading many polls and has proved to be a successful fundraiser.

Among Democrats, Biden has unmatched international and legislative experience, and he is among the best-known faces in US politics. He quickly racked up endorsements on Thursday morning, becoming the first Democrat running for president with the backing of more than one US senator.

Still, Biden must compete in a field that now spans at least 20 Democrats and has been celebrated for its racial and gender diversity. As an older white man with occasionally centrist views, Biden has to prove he’s not out of step with his party. He’s betting that his working-class appeal and ties to Barack Obama’s presidency will help him overcome those questions.

Biden has said he would campaign as an “Obama-Biden Democrat,” who is as pragmatic as he is progressive. Just minutes after the announcement, the GOP lashed out against Biden’s record in the Obama administration, a line of attack in sharp contrast with recent criticism against other 2020 Democrats that has largely focused on them being too liberal, or even socialists.