HomeWorldFormer Pak PM Imran Khan replies to ex-Army chief Bajwa, 'Yes I was a playboy, never claimed to be an angel'

Former Pak PM Imran Khan replies to ex-Army chief Bajwa, 'Yes I was a playboy, never claimed to be an angel'

In his interaction with media persons on Monday at his Lahore residence, the Pakistan Tehreek-i-Insaf chairman talked about 'dirty audios' purportedly connected with him.

Islamabad: Pakistan's former prime minister, Imran Khan, has said that retired Army chief General Qamar Javed Bajwa called him a "playboy" during their last meeting before his ouster from the constitutional position last year through a no-confidence motion.

In his interaction with media persons on Monday at his Lahore residence, the Pakistan Tehreek-i-Insaf chairman talked about 'dirty audios' purportedly connected with him.

"What message we are giving to our youth through dirty audios and videos," he said and indirectly blamed the powerful establishment for recording such audios.

Read Also
Imran Khan audio leak: 'Badtameez, you have sored my b****, I am in pain' says woman in alleged... 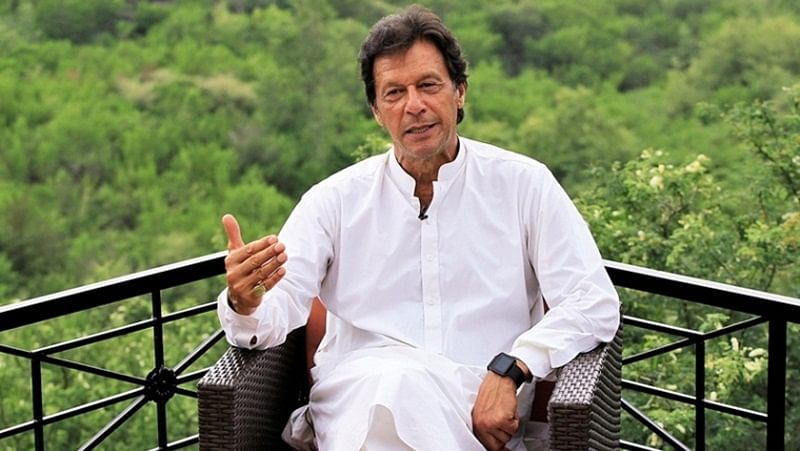 Interior Minister Rana Sanaullah claimed that these audio clips are genuine and similarly video clips of Khan might be out in coming days. "In a meeting with Gen Bajwa in August 2022, he told me that he had audios and videos of my party men. He also reminded me that I was a 'playboy'. I told him…yes, I was (a playboy) in the past and I never claimed that I am an angel," Khan said, adding that he had suspected that Bajwa made up his mind to oust him from power.

"I came to know that he was carefully playing a double game … and make Shehbaz Sharif the prime minister. Bajwa stabbed in my back," Khan said and claimed Bajwa's 'set-up' in the military is still active to stop him from returning to power.

Khan, 70, who suffered bullet injuries in his leg during a rally in Punjab province in November last year, regretted granting extension to Gen Bawja.

"It was my great mistake to grant extension to Gen Bajwa. Bajwa started showing his 'true colour' after getting extension and eventually conspired against my government on the issue of accountability," he lambasted.