Washington, D.C.: President Joe Biden has interviewed at least three candidates for the Supreme Court, according to a person familiar with the matter, and the White House reiterated Tuesday that he remains on track to make a final selection by Monday.

White House press secretary Jen Psaki said Biden has not made a decision on whom to nominate. But the president has interviewed judges Ketanji Brown Jackson, J. Michelle Childs and Leondra Kruger, according to a person familiar with the matter. A second person familiar said Biden had interviewed at least three candidates for the post. The people spoke on the condition of anonymity to discuss the internal process.

Biden has pledged to nominate the first Black woman to the high court by the end of the month to fill the vacancy being created by the retirement of Justice Stephen Breyer. It was not clear whether any additional candidates have been interviewed by the president.

Psaki declined to discuss whether Biden had conducted interviews but insisted the president was “on track” to make the selection despite rising tensions between Russia and Ukraine.

Jackson was nominated by President Barack Obama to be a district court judge. Biden elevated her to the U.S. Court of Appeals for the District of Columbia Circuit. Early in her career, she was also a law clerk for Breyer.

Childs, a federal judge in South Carolina, has been nominated but not yet confirmed to serve on the same circuit court. Her name has surfaced partly because she is a favorite among some high-profile lawmakers, including Rep. James Clyburn, D-S.C.

Kruger, a graduate of Harvard and Yale’s law school, was previously a Supreme Court clerk and has argued a dozen cases before the justices as a lawyer for the federal government before becoming a justice on the California Supreme Court.

Senate Republican leader Mitch McConnell is signaling he wants a fair fight over Biden’s pick, discouraging those within his GOP ranks who are eager to interject a broader debate over race into the confirmation process.

Speaking Tuesday in Kentucky, McConnell distanced himself from GOP senators and others who have criticized Biden for declaring his intent to nominate a Black woman.

“I heard a couple of people say they thought it was inappropriate for the president to announce he was going to put an African American woman on the court. Honestly, I did not think that was inappropriate,” McConnell said.

The GOP leader drew on history to remind people that former presidents Ronald Reagan and Donald Trump both promised to put women on the court -- when Reagan tapped Sandra Day O’Connor as the first female justice and Trump chose Amy Coney Barrett to replace the late Justice Ruth Bader Ginsburg. “I’m not complaining about that,” McConnell said.

More to the point, Republicans are unable to stop Biden’s pick in the 50-50 Senate where Democrats have the majority with Vice President Kamala Harris’ tie-breaking vote. They want to allow the confirmation process to unfold without self-inflicted political drama so they can resume challenging the president on their preferred topics of the economy and the administration’s handling of COVID-19.

Republicans believe one way to show voters how they would govern is by drawing a contrast between this court battle and the controversy that exploded around Justice Brett Kavanaugh’s confirmation, when the Trump nominee was accused of sexual assault, a claim he denied. Republicans believe Senate Democrats suffered with voters after those highly politicized public confirmation hearings.

“This confirmation will not occur like that,” McConnell said. He said he expects a confirmation process that Americans can be proud of. “We believe a Supreme Court nominee ought to be respectfully treated, thoroughly vetted and then voted upon.” 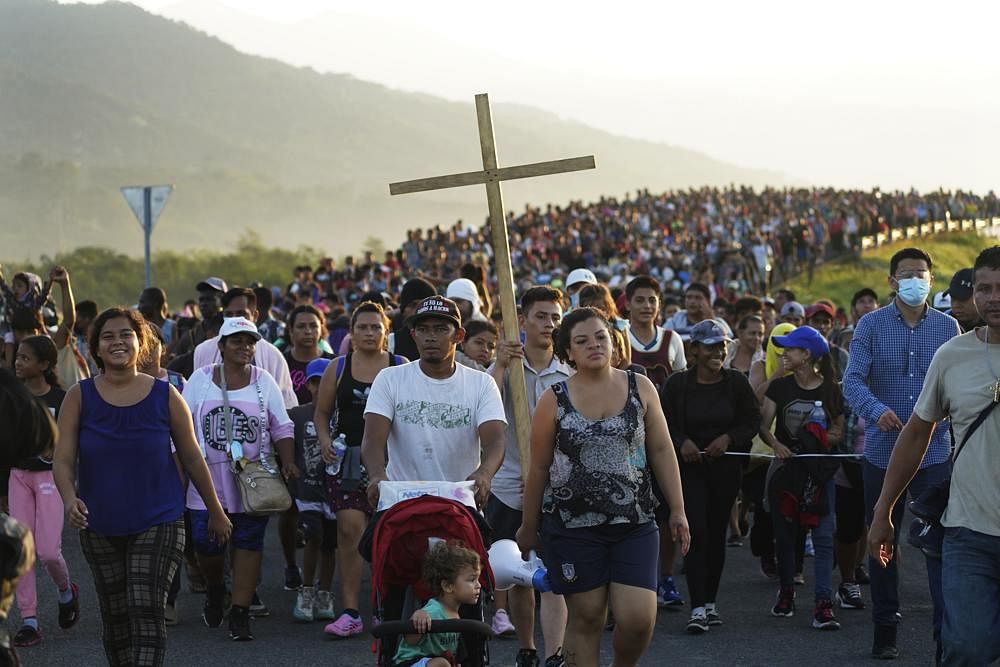