Fear of of ‘Islamic encroachment’ looms large over British Muslims 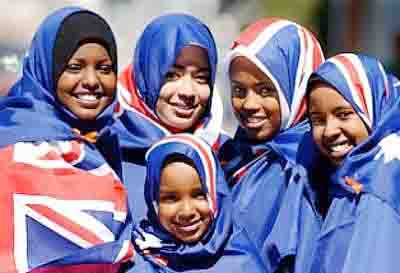 London : Islamist propaganda is influencing children as young as five and there is a need to move into ‘private space’ of Muslims that could alert authorities to curb radicalisation, Britain’s most senior Muslim police chief has said.

Metropolitan Police commander in London Mak Chishty has said that teenagers who unexpectedly stop drinking, socialising with friends or wearing western clothes could also be becoming extremists.       In an interview with the Guardian, Chishty said there was now a need for “a move into the private space” of Muslims to spot views that could show the beginning of radicalisation far earlier.

He said this could be shown by subtle changes in behaviour, such as shunning certain shops, citing the example of Marks & Spencer, which could be because the store is sometimes mistakenly perceived to be Jewish-owned. He said extremist messages posted via social media were becoming so effective that some British children as young as five believe celebrating Christmas is forbidden by Islam.

“We need to now be less precious about the private space. This is not about us invading private thoughts, but acknowledging that it is in these private spaces where this [extremism] first germinates,” he said.

“The purpose of private-space intervention is to engage, explore, explain, educate or eradicate. “Hate and extremism is not acceptable in our society, and if people cannot be educated, then hate and harmful extremism must be eradicated through all lawful means,” Chisty added.              Asked to define “private space”, Chishty said, “It’s anything from walking down the road, looking at a mobile, to someone in a bedroom surfing the net, to someone in a shisha cafe talking about things.”

The propaganda of Islamic State (IS) was so powerful, the officer said, that he feared his own children might be vulnerable. “I am not immunised. If I feel the need to be extra vigilant, then I think you need to feel the need to be extra vigilant,” he told his fellow Muslim parents. He added that more work was needed to understand why youngsters were attracted to IS, “Some are bored, overqualified, underemployed…It is not a holy war.”

London: The UK counter-terrorism police are focusing their efforts on growing fears of a chemical attack in the country by British terrorists returning from Syria and Iraq linked to dreaded Islamic State (IS) militants.

Bombs laced with chlorine, which is available to buy in large quantities in Britain, has become the “chemical weapon of choice” for IS fighters, security experts warned.

Colonel Hamish de Bretton-Gordon, a leading expert on chemical warfare, has called on the British government to tighten controls on chlorine sales in Britain. “As more jihadists return to this country there is a growing chance of a chlorine bomb attack”, he was quoted as saying by The Times newspaper.