Egypt opens borders with Gaza for the first time in months 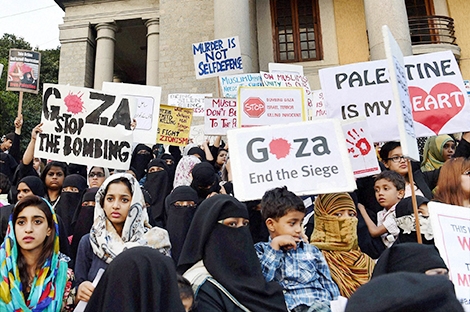 Rafah: Egypt has opened its borders with the Gaza Strip for the first time in months. The Rafah border crossing opened this morning and will operate for three days, allowing Palestinians to travel in both directions. Maher Abu Sabha, head of Gaza’s crossing, says 15,000 people have applied to exit.

Rafah is Gaza’s only gateway to the outside world with no Israeli control. Egypt has kept it mostly closed since the militant Hamas group seized control of the coastal strip in 2007.

The closure worsened after Egypt’s military ousted Islamist President Mohammed Morsi, a Muslim Brotherhood member, in 2013. Hamas is an offshoot of the Brotherhood. Egypt has opened the Rafah crossing in both directions only five days this year. Last month, it allowed the return of Palestinians stranded in Egypt.