The charges of abuse of power and obstruction of Congress, which form the charge-sheet against Trump
Arul Louis 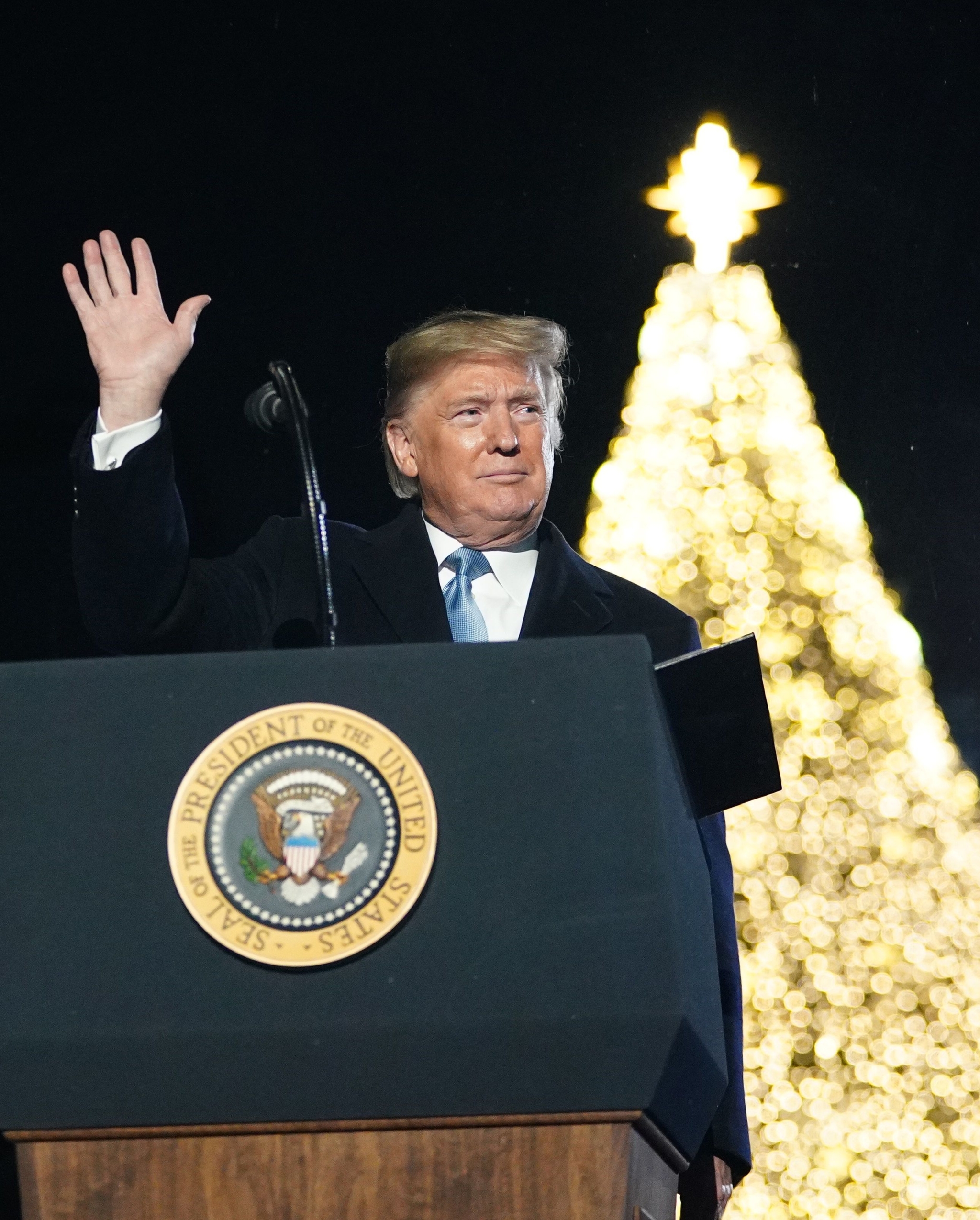 US President Donald Trump takes part in the annual lighting of the National Christmas tree on The Ellipse in Washington, DC. | Photo by MANDEL NGAN / AFP

New York: A bitterly divided Judicial Committee comprising US lawmakers on Friday approved two impeachment charges against US President Donald Trump. That sets in motion a historical process which could lead to Trump becoming the fourth president to be impeached in US history.

The charges of abuse of power and obstruction of Congress, which form the charge-sheet against Trump, will be voted next week by the entire Democrat-controlled House of Representatives. Then, it will be sent to the Republican-majority Senate which will hold a formal trial against him that will be presided over by the Supreme Court Chief Justice.

In the end, trump may face no consequences because his party controls the Senate, reducing the exercise to an orchestrated political campaign. The historic vote in the Judicial Committee came after two days of angry debate, with one marathon sitting of 14 hours on Thursday.

The charges are based on Trump asking Ukraine President Volodymyr Zelentsky to investigate former US Vice President Joe Biden while military aid to that country was pending.

The impeachment issue has deeply polarised the nation and RealClear Politics, the authoritative aggregator of polls, found that 46.5 per cent of voters supported it, while an equal percentage opposed it. It said that the support for impeachment fell by 2.5 per cent over the last two days as the Judicial Committee took up the charges.

Trump's spokesperson Stephanie Grisham said after the vote, "This desperate charade of an impeachment inquiry in the House Judiciary Committee has reached its shameful end."

Trump, who furiously tweeted about 100 times on Thursday, has called it a hoax and a witch hunt.

"The President looks forward to receiving in the Senate the fair treatment and due process which continues to be disgracefully denied to him by the House of Representatives," Grisham said.