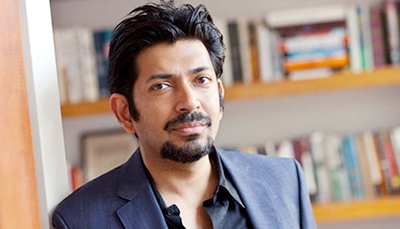 Washington : A documentary based on Pulitzer Prize winner and Indian American doctor Siddhartha Mukherjee’s book on cancer has been nominated for an Emmy Award that recognises excellence in the television industry.

The documentary tells the complete story of cancer, from its first description in an ancient Egyptian scroll to the gleaming laboratories of modern research institutions.

It interweaves a sweeping historical narrative; with intimate stories about contemporary patients; and an investigation into the latest scientific breakthroughs that may have brought us, at long last, to the brink of lasting cures, the Emmy website further read.

In 2010, Simon & Schuster published Mukherjee’s book, detailing the evolution of diagnosis and treatment of human cancers from ancient times.

In 2011, the book was nominated as a “National Book Critics’ Circle Award” finalist. In the same year, it won the annual Pulitzer Prize in the “General Non-fiction” category.

The Pulitzer citation called it “an elegant inquiry, at once clinical and personal, into the long history of an insidious disease that, despite treatment breakthroughs, still bedevils medical