As of Monday afternoon, it was just 5% contained The fire along with coronavirus precautions made for added stress at an evacuation center, said John Medina, an American Red Cross spokesman
Agencies 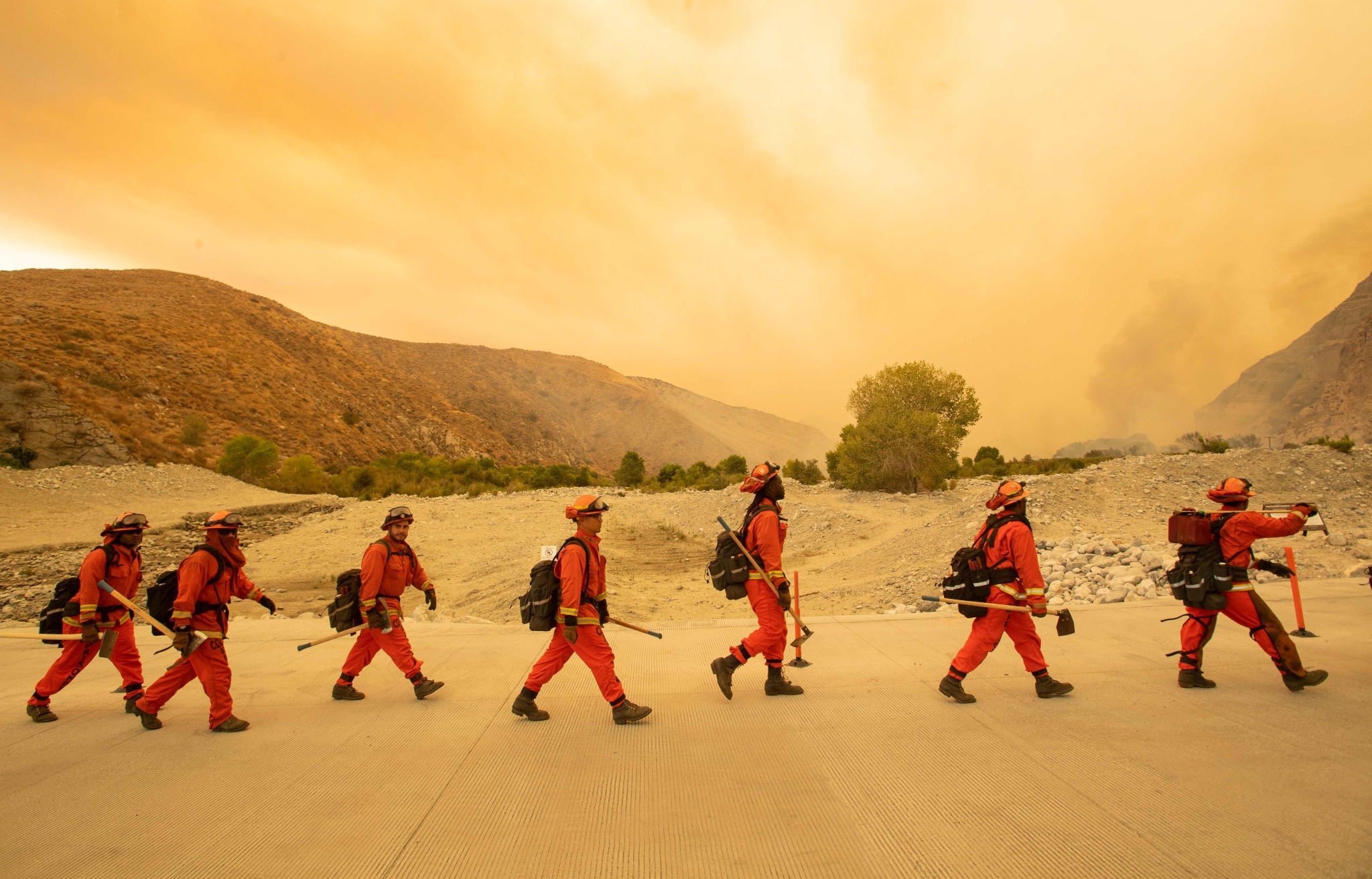 A wildfire in mountains east of Los Angeles that has forced thousands of people from their homes was sparked by a malfunctioning diesel vehicle, fire officials said Monday.

The vehicle spewed burning carbon from its exhaust system, igniting several fires Friday on Oak Glen Road in Cherry Valley, and authorities were asking anyone who may have seen such a vehicle at the time to contact investigators, according to a statement from the California Department of Forestry and Fire Protection.

The blaze in Riverside County, among several wildfires across California, had consumed more than 41 square miles (about 106 square kilometers) of dry brush and timber since it broke out Friday evening, fire officials said.

As of Monday afternoon, it was just 5% contained and the fire along with coronavirus precautions made for added stress at an evacuation center, said John Medina, an American Red Cross spokesman.

Volunteers used to "close contact" with evacuees have had to adjust their approach during a time of social distancing, Medina said.

"I mean, that's part of the recovery of a disaster, is that you have to show warmth and love and caring. And that's hard when you're standing 6 feet away. So that's the biggest challenge," Medina told KESQ-TV.

Bill Boehm helped his mother evacuate her home with her three horses and said the pandemic hasn't stopped people from coming together to assist each other.

"Everyone seemed to be wearing masks and such, so that type of precaution was still going on," Boehm told the news station.

The blaze began as two adjacent fires in a rural area near the city of Beaumont, about 85 miles east of downtown Los Angeles.