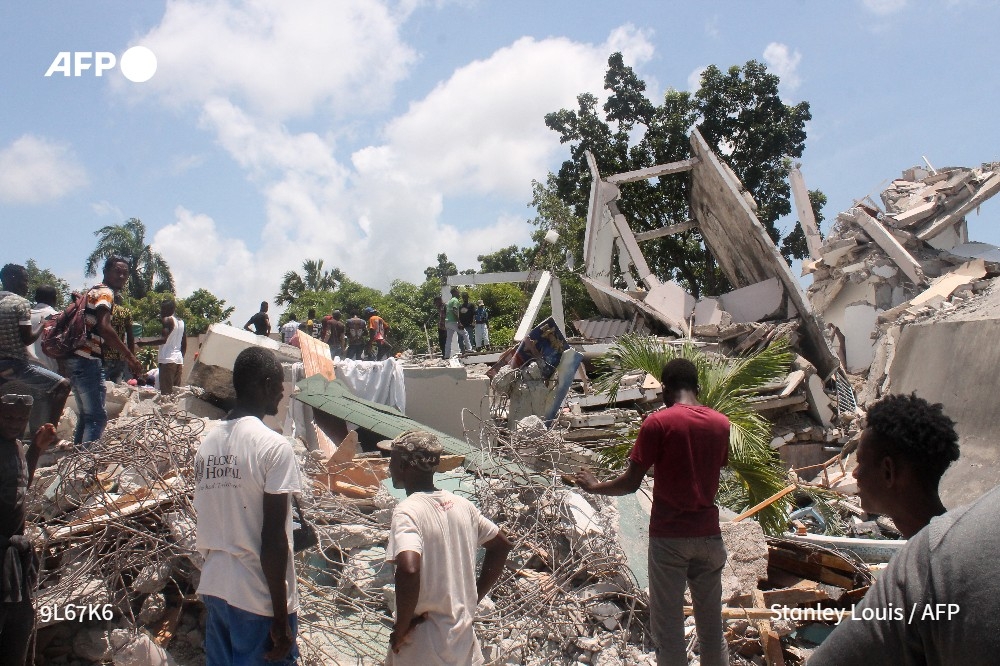 The death toll from a devastating earthquake in Haiti rose to 724 on Sunday as rescue workers scrambled to find survivors buried under buildingsa day after the 7.2 magnitude quake and as a tropical storm bore down on the Caribbean nation.

National Highway 7, which connects the southern cities of Les Cayes and Jeremie, has been blocked by the landslide, said the country's Civil Protection Directorate on Saturday, Xinhua news agency reported.

"An operation is being carried out to restore traffic circulation," said the agency, praising efforts by rescue teams and residents to pull a large number of people from the rubble of collapsed buildings.

Haitian Prime Minister Ariel Henry went to the department of Grand'Anse to see the damage and said that his government has mobilized resources to help victims.

The earthquake originated about 12 km from the southern town of Saint Louis du Sud.

A second quake of magnitude hit Haiti, a day after a more powerful deadly tremor, the European-Mediterranean Seismological Center (EMSC) said on Sunday.

The earthquake was registered at 03:20 GMT, with the epicentre located 41 kilometres (25 miles) northwestern of the southern city of Les Cayes at a depth of 30 kilometres.