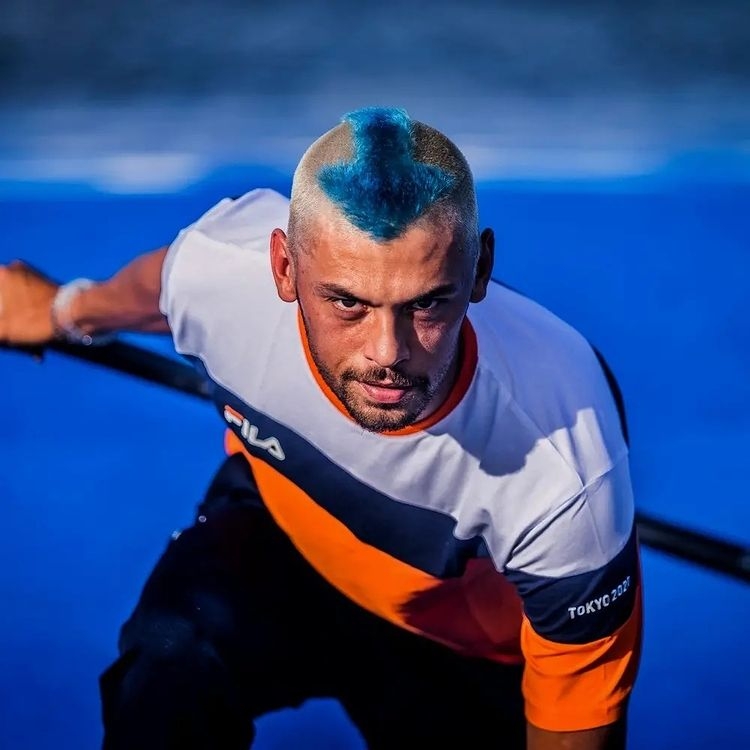 From Naomi Osaka and Shelly-Ann Fraser-Pryce’s Japanese flag-inspired red and white, to Megan Rapinoe who is beautifully rocking a shade between pink and purple, and Dutch windsurfer Kiran Badloe's anime-inspired barnet, athletes have been rocking striking and colourful hairstyles during the ongoing Tokyo Oylmpics.

There have been colours on the slides of skateboarding, the volleyball courts and even in the sweaty and punch-laden boxing rings.

Here is a look at some of the eye-catching hairdos at the Tokyo Olympics:

We have seen the sprint star with her hair dyed in nearly all colours including the rainbow-inspired one at the 2019 World Championships in Doha.

The Jamaican who runs a hair business in her home city, had hinted to Olympics.com in September 2020 her likely colour pick for Tokyo.

“For my hair… I'm always looking for the brightest colour. And sometimes I get [ideas] from the country that I'm in. [Japan’s flag] is white and red, “ the flag bearer of team Jamaica said.

Megan Rapinoe is a strong believer in how your outward appearance can affect performance on the field of play.

“I always say, ‘Look good. Feel good. Play good.’ In that order. You have to have that for yourself,” Megan Rapinoe told US Weekly’s Stylish on her hair colour choices.

“So for me, having pink hair it’s a kind of expression of the way that I relate to beauty. When I’m on the soccer field, I want to look beautiful.”

She had a dark brown shade before sticking with a blonde look for a long time.

For Tokyo, she has stuck with a colour that has elements of a hot pink and purple, that she also had at the World Cup.

She and her hair colourist even have a name for the colour that she is currently rocking: it’s called Rapinkoe.

The Kenyan women’s team have also brought more colour to the volleyball courts.

It’s been an eye-catching return to the Olympic court for the East Africans with an assorted display of colourful dyed hair.

Some of the volleyballers went all out to match their mainly red outfits to the traditional red ochre donned by Maasai men on their hair, while another opted to braid her hair to match her national flag colours.

Two-time Olympians Turkey turned the heat on defending champions China in style with their opposite hitter Ebrar Karakurt – spotting a bold bright pink hair – leading the way with 18 points.

The spiker has always been a short-haired girl and is always changing it up.

Sometimes it’s just been the plain black and dark brown, full blonde or streaks of blonde, but her favourite seems to be the hot pink that she also picked for Tokyo.

On the court against the six-time gold medallists, it was hard to miss the lanky youngster not only because of her brightly-coloured hair but also because of the massive attacks she shot.

Pink seems to be the popular colour for Tokyo Olympians who opted for vibrant hair colours.

The hugely successful Brazilian athlete picked pink over the blonde hue she had worn in recent months.

Like Aang, he hopes to be the main star when he takes to the water in Tokyo.

"This haircut is a tribute to the one and only true wind master "The Avatar, the Last Air Bender known to be alive," Badloe posted on Instagram.

“I hope the spirit of this great warrior gives me the power to sail well this week and use the wind in my [favour]. One day I dream of becoming a master of the wind myself, a true air bender."

Peruvian star Manny Santiago also brought some sparkly colour to the street course in Tokyo with a lively blue colour to match his ever-beaming smile. 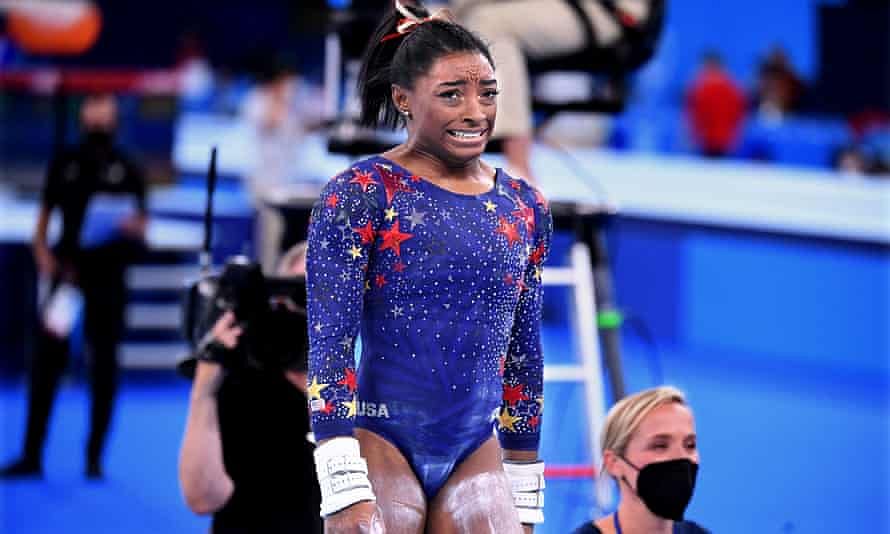