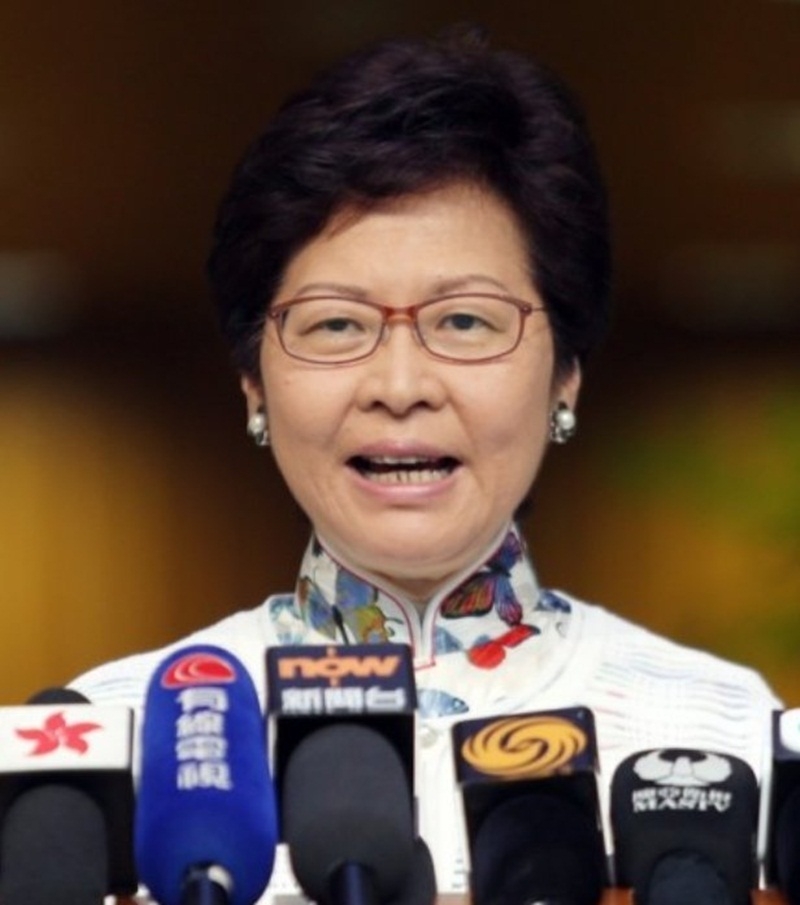 Beijing: China on Wednesday rejected a media report that it is drawing up a plan to remove Hong Kong's beleaguered Chief Executive Carrie Lam, describing it as a "political rumour with ulterior motives".

Foreign Ministry Spokesperson Hua Chunying rejected the report by London-based Financial Times, which claimed that China plans to replace Lam with an interim chief executive. "It was a political rumour with ulterior motives behind it," Hua told the media here when asked for her reaction to the FT report.

It was not clear yet whether China is playing down the report as Lam's resignation is a prime demand of the pro-democracy protestors. Beijing had also declined to permit Lam to withdraw the controversial extradition bill, which sparked the protests. The bill was withdrawn on Wednesday by the Hong Kong government in the local legislature in big win for the protestors.

Earlier, China toyed with the idea of deploying its security forces but refrained apprehending more protests.