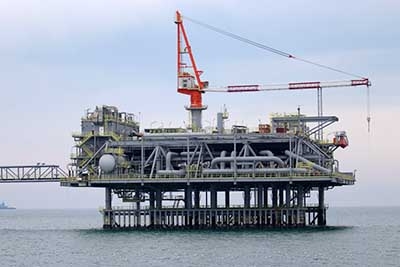 Washington DC: Amid the growing Chinese movement in the South China Sea, Vietnam has agreed to pay around a billion dollars to two international companies after cancelling their drill operations following pressure from Beijing, The Diplomat reported.

To maintain its presence in the South China Sea region, China, for several years, continued its efforts to prevent the Vietnam-based companies developing oil and gas resources in the area.

Citing a well-placed oil industry source, Bill Hayton, author of the article, said, "Vietnam's state-owned energy company PetroVietnam will pay the money to Repsol of Spain and Mubadala of the United Arab Emirates in 'termination' and 'compensation' arrangements." Meanwhile, Russian energy company Rosneft has been forced to suspend its plans for drilling offshore even as China Coast Guard vessels continue operating in the area where the drilling was supposed to place.

In another instance, a drilling rig standing in the Vietnamese port of Vung Tau for two months has been stood down. "Its owners, Noble Corporation, noted that the contract "includes a termination payment. This is likely to cost Vietnam several million dollars more," the author said.

Similarly, Repsol, once one of the largest players in Vietnam's offshore industry and owning rights in 13 blocks of the seabed, had to cancel its planned exploration drill in July 2017 and again on March 2018.

Hayton said, "With minimal interests in China, Repsol appeared ready to withstand political pressure from Beijing. Two of its best development prospects were particularly bold: located at the far edge of Vietnam's claimed exclusive economic zone (EEZ) and well within the U-shaped, nine-dashed line drawn on Chinese maps since 1948..." Repsol executives were reportedly informed that the cancellations were a political decision, ordered by top Vietnamese leadership, following extreme pressure from China, Hayton said.

The author said, "China had assembled a flotilla of 40 naval ships off the coast of Hainan Island, about two days' sailing from the drill site, and it appeared to be ready for confrontation." As compensation for the investments made by Repsol and Mudabala, Vietnam is paying USD 800 million for their rights in the blocks and a further USD 200 million, Hayton quoted a regional oil industry source with knowledge of the settlement as saying.

"This will be a billion dollars that PetroVietnam would otherwise have paid into the Vietnamese government's budget." As China's pressure on Vietnam continues, recently, US Secretary of State Michael Pompeo said, "The United States rejects any PRC maritime claim in the waters surrounding Vanguard Bank (off Vietnam), Luconia Shoals (off Malaysia), waters in Brunei's EEZ, and Natuna Besar (off Indonesia). Any PRC action to harass other states' fishing or hydrocarbon development in these waters - or to carry out such activities unilaterally - is unlawful." Extending help to Vietnam on the matter, he said, "America stands with our South-East Asian allies and partners in protecting their sovereign rights to offshore resources, consistent with their rights and obligations under international law."