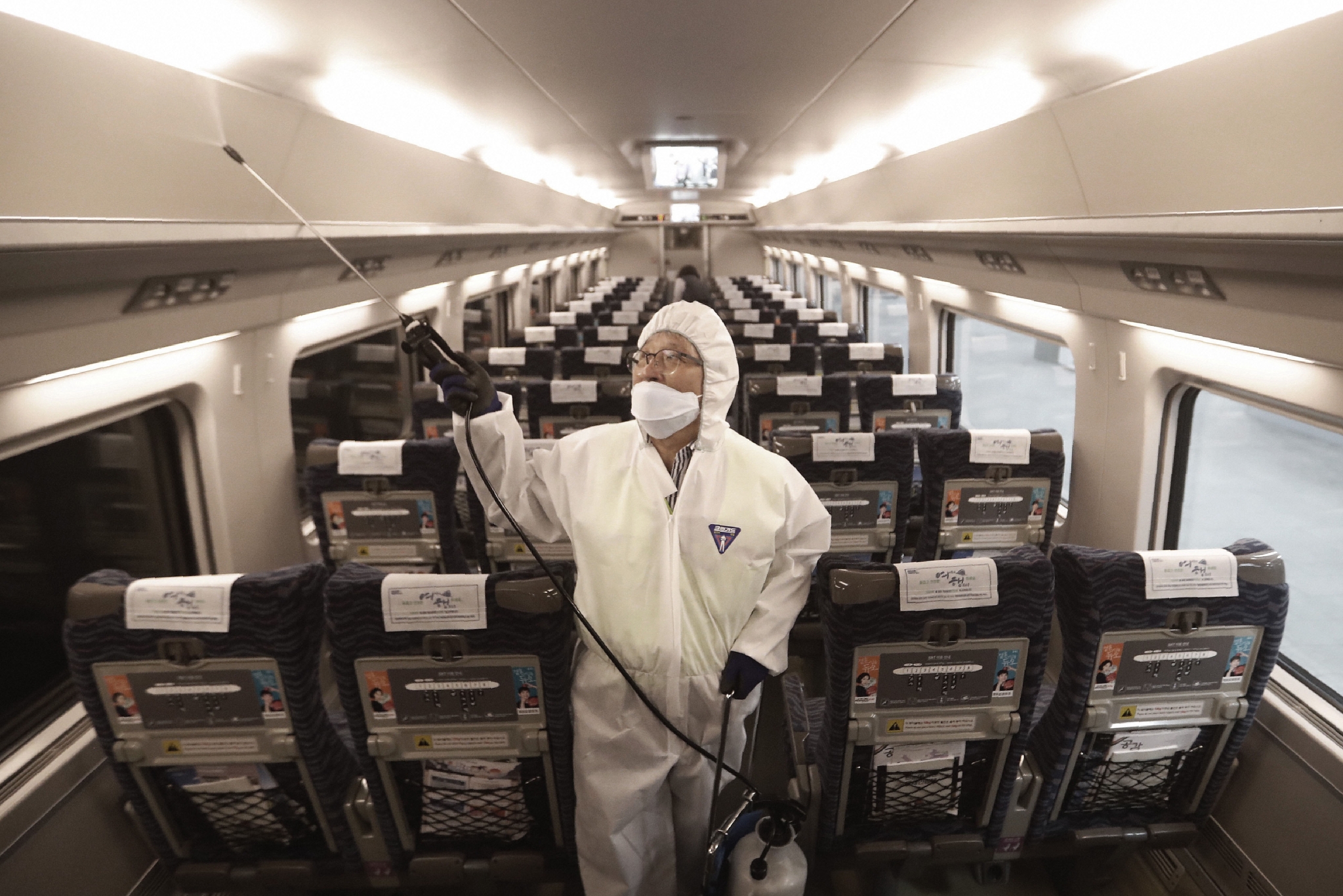 An employee sprays disinfectant on a train as a precaution against a new coronavirus at Suseo Station in Seoul, South Korea, Friday, Jan. 24, 2020. | Ahn Young-joon

Beijing: Battling the fast spreading coronavirus, China on Friday said that it is building a 1,000-bed hospital for patients infected with the deadly virus that has claimed 26 lives so far with confirmed cases rising sharply to over 880, prompting authorities to shut down 13 cities during the country’s most important holiday. Dampening the celebrations of the Lunar New Year, China, in an unprecedented move, has shut down transportation in at least 13 cities — Wuhan and 12 of its neighbours — in central China’s Hubei province to contain the coronavirus. According to the National Health Commission, 26 people have died so far with over 880 confirmed cases being treated mostly in Hubei province. Twenty nine provinces have reported the cases. China’s biggest city Shanghai raised the emergency response of public health safety to level 1, the highest, following Beijing, and Hubei, Hunan, Zhejiang, Anhui, and Guangdong provinces as more cases were reported. Beijing so far reported 34 confirmed cases of coronavirus infection, official media reported.

China rushes to build new hospital for virus within 10 days

The Wuhan local government is rushing to build a 1,000-bedded hospital in the outskirts of Wuhan to treat coronavirus patients. Dozens of excavators were feverishly working at the site where the hospital will be built on the 25000 sq metres just about 10 days’ time. It will be put into use by February 3, state-run Xinhua news agency reported. Workers are being paid 1,200 yuan (USD 173) per day, three times their usual wage, to accelerate the construction.

Fear over spread of deadly virus

Indian students at The Wuhan lockdown is a cause of concern for Indian students who are still there. The city and surroundings have about 700 Indian students, majority of them studying medicine. However, most of the students have apparently left for home for the holidays.