Major financial institutions including UBS, the Bank of America, Barclays, and Standard Charted have downgraded their growth forecasts for 2022 in recent days, pouring doubt on Beijing’s target of about 5.5 percent

People wearing face masks line up for coronavirus tests in a neighborhood in the Dongcheng district of Beijing, on Tuesday, April 26, 2022 | AP
Advertisement

China's economy slowed rapidly in April as the costs of both a worsening Covid outbreak and the nation's stringent approach to eliminating the virus took their toll, reported Bloomberg.

That's the outlook from Bloomberg's aggregate index of eight early indicators for this month. The overall gauge fell below the mark that separates improving from deteriorating conditions, and hit the worst level since April 2020, suggesting the current wave of outbreaks has dealt a serious blow to the economy.

China’s actions to support the economy will be vital to the global recovery, the head of the International Monetary Fund has said, warning that a prolonged slowdown would have substantial spillover effects.

IMF Managing Director Kristalina Georgieva said on Thursday Beijing had room to take measures to prop up growth amid a deteriorating outlook for the world’s second-biggest economy.

The Asian region faces stagflationary outlook, with growth being lower than previously expected and inflation being higher.

Fears of total lockdown have been fed by disruptions in the supply of food, medicine and daily necessities in the southern business hub of Shanghai, where 25 million residents have only gradually been allowed to leave their homes after three weeks of confinement.

Beijing locked down residents in an area about 2 by 3 kilometers (1 by 2 miles), telling them to work from home and stay in their residential compounds. It wasn’t a total lockdown but stadiums, sports fields, cinemas, karaoke bars and other entertainment venues were ordered closed.

However, overall the country's economy grew at a faster pace than expected in the first three months of this year.

A surge in infections has triggered lockdowns in several major cities - including the financial, manufacturing and shipping hub of Shanghai.

Retail sales fell by 3.5% in March compared to a year earlier, China's National Bureau of Statistics said. That was the first decline since July 2020.

For the same period unemployment rose to 5.8%, the highest level since May 2020.

The figures highlight the increased risk of a sharp slowdown in the coming months as major lockdowns and the war in Ukraine take their toll on the world's second largest economy.

As a whole, China's economy grew at a better-than-expected rate in the first three months of the year.

However, that is below Beijing's goal of growing its economy by 5.5% this year.

Major financial institutions including UBS, the Bank of America, Barclays, and Standard Charted have downgraded their growth forecasts for 2022 in recent days, pouring doubt on Beijing’s target of about 5.5 percent.

On Tuesday, the IMF cut its forecast for China to 4.4 percent, down from 4.8 percent. Beijing’s strict “dynamic zero COVID” strategy has forced much of China into lockdown, disrupting production at factories and curbing consumption among the general public.

Among China’s top 100 cities by economic size, all but 13 are under pandemic restrictions, with the intensity of controls on the rise, according to a recent analysis by investment research firm Gavekal. 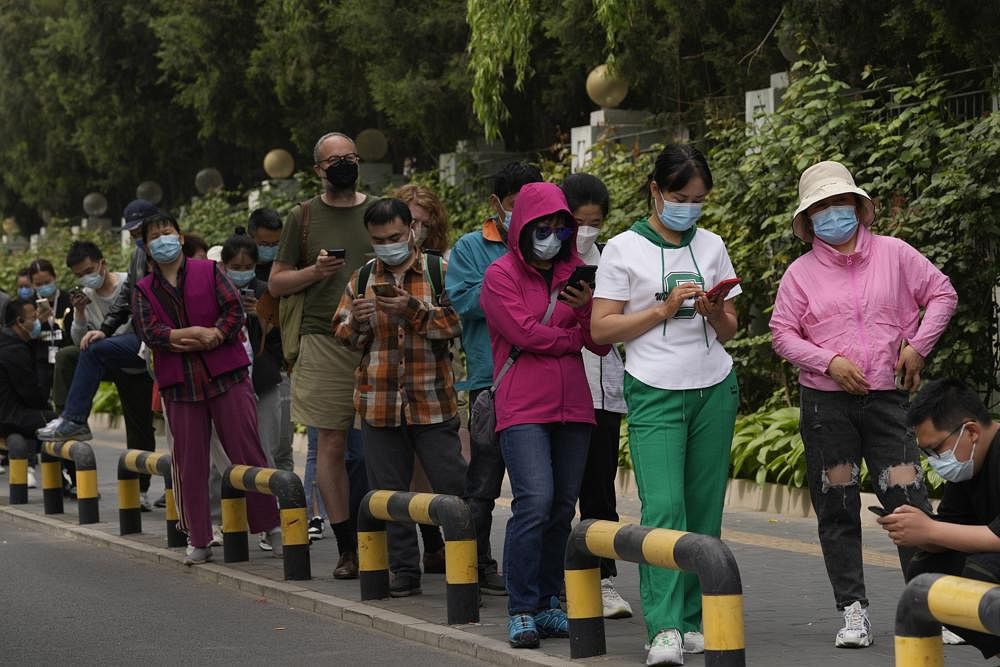