Bitcoins are damaging our environment

The use of Bitcoin – a popular virtual currency – emits over 22 megatonnes of carbon dioxide annually, comparable to the total emissions of cities such as Las Vegas and Vienna, a study has found
Agencies 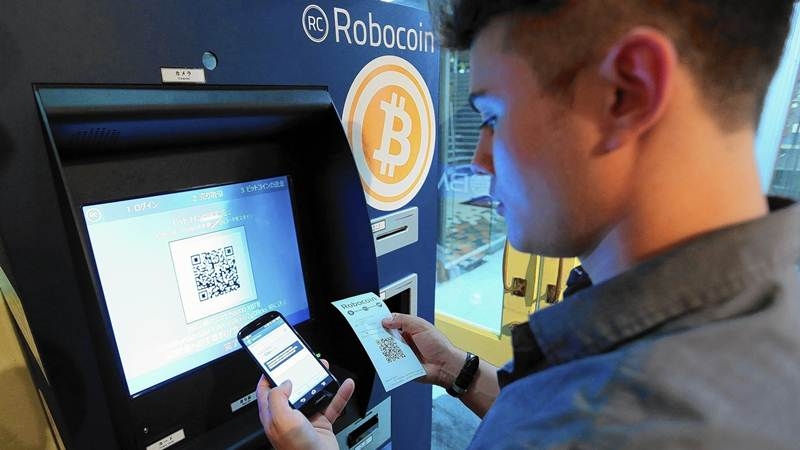 Eugene Aono, a spokesperson for BMEX bitcoin exchange, demonstrates usage of the company's Robocoin-branded automated teller machine (ATM) at The Pink Cow restaurant and bar in Tokyo, Japan, on Wednesday, June 18, 2014. Bitcoin, proposed by an anonymous programmer or programmers in 2008, has drawn entrepreneurs and retailers looking to popularize it as a low-cost alternative to established payment systems, supplanting credit cards to international wire transfers. Photographer: Yuriko Nakao/Bloomberg *** Local Caption *** Eugene Aono ** Usable by CT and LA Only ** |

Berlin: The use of Bitcoin – a popular virtual currency – emits over 22 megatonnes of carbon dioxide annually, comparable to the total emissions of cities such as Las Vegas and Vienna, a study has found. Researchers from Technical University of Munich (TUM) in Germany carried out the most detailed calculation of the carbon footprint of the Bitcoin system to date.

For a Bitcoin transfer to be executed and validated, a mathematical puzzle must be solved by an arbitrary computer in the global Bitcoin network. The network, which anyone can join, rewards the puzzle solvers in Bitcoin.

The computing capacity used in this process – known as Bitcoin mining – has increased rapidly in recent years. Statistics show that it quadrupled in 2018 alone. Consequently, the Bitcoin boom raises the question of whether the cryptocurrency is imposing an additional burden on the climate.

Several studies have attempted to quantify the CO2 emissions caused by Bitcoin mining. “These studies are based on a number of approximations, however,” said Christian Stoll, who conducts the research at the Technical University of Munich (TUM) and the Massachusetts Institute of Technology (MIT). The team began by calculating the power consumption of the network. This depends primarily on the hardware used for Bitcoin mining.

The researchers determined the annual electricity consumption by Bitcoin, as of November 2018, to be about 46 Twh. Live tracking data from the mining pools provided the decisive information on how much energy is emitted by carbon dioxide is emitted with the use of this energy. The IP addresses in the statistics published by the two biggest pools showed that miners tend to join pools in or near their home countries.