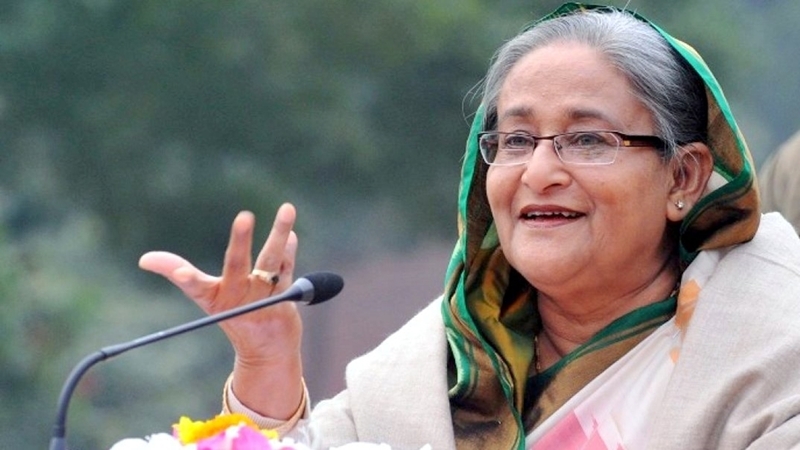 Dhaka: A 35-year-old Bangladeshi man has been sentenced to seven years in prison for circulating photoshopped images of Prime Minister Sheikh Hasina and other politicians including former Indian premier Manmohan Singh, amid criticism that her government is using tough internet laws to silence dissent. Monir Hossain from Tangail was jailed by Bangladesh Cyber Tribunal judge Mohammad As-Shams Joglul Hossain on Wednesday. Monir had been on bail and appeared in court for the verdict, bdnews24.com reported.

Alamgir Hossain and Subrata Shil — two others accused in the case started under the the Information and Communication Technology (ICT) Act — were acquitted as charges against them were not proved, the report said. Monir used to run his ‘Monir Telecom’ shop at Tangail’s Nagarpur. He had sent doctored images of Hasina, late president Zillur Rahman and former Indian premier Singh to mobile phones of users in 2013, said the verdict. Saturia Police arrested Alamgir after finding out that he was showing around the vulgur ‘photoshopped images’ on his phone.

Following his arrest, Alamgir told police he got the images from Monir Telecom. Rights groups have criticised the government for using the the ICT laws to silence criticism. Critics have lashed out at the government for cracking down on free speech and an increasingly authoritarian rule. Some the recent strengthening of defamation laws with a new Digital Security Act (DSA) has spread a climate of fear The DSA also penalises obtaining papers, information, or pictures from government offices without official consent.