Hasina has announced to provide all possible assistance to the affected families.
PTI 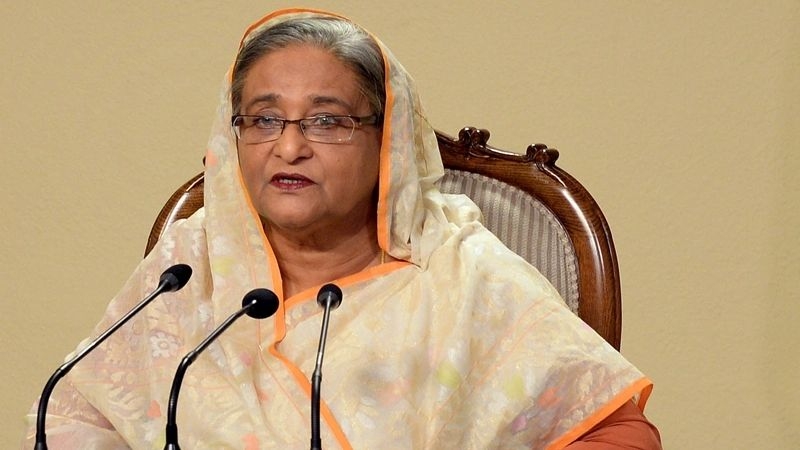 Dhaka: Prime Minister of Bangladesh, Sheikh Hasina on Tuesday asked the country's home minister to initiate immediate action against those who incited communal violence as she urged the people not to trust anything on social media without fact-checking.

Attacks on Hindu temples have intensified in Bangladesh since last Wednesday after an alleged blasphemous post surfaced on social media during the Durga Puja celebrations. On late Sunday night, a mob damaged 66 houses and set on fire at least 20 homes of Hindus in Bangladesh.

Prime Minister Hasina, who joined the meeting through video conferencing from her official residence, also urged the people of the country not to trust anything on social media without fact-checking, he added.

She has instructed the home ministry to remain vigilant and take steps to prevent such incidents from recurring, Islam said.

Local media reported that six Hindus were killed in separate attacks, but the figures could not confirmed independently.

"The Comilla incident is being investigated. What really happened can be known soon," he said, adding that the home ministry is working to bring the perpetrators to justice.

Hasina has announced to provide all possible assistance to the affected families.

Meanwhile, the ruling Awami League party is holding 'harmony rallies' and taking out peace processions across the country on Tuesday against the recent communal violence.

"Do not fear, Hindu brothers and sisters. Sheikh Hasina and the Awami League are with you. Sheikh Hasina's government is a minority-friendly government," Awami League General Secretary Obaidul Quader said at a rally in front of the party's central office on Bangabandhu Avenue here.

He asked his party members to build resistance against communal forces, The Daily Star newspaper reported.

He said that the ruling party will remain on the streets till the communal forces are dealt with.

Party's leaders and workers all over the country are ready to give a proper reply to these forces, he was quoted as saying by the paper.