Amid tensions with Taiwan, Xi Jinping orders Chinese military to prepare for war, be combat ready

China will now comprehensively strengthen its military training and preparation for any war, Xi said, according to state broadcaster CCTV.

Amid tensions with Taiwan, Chinese President Xi Jinping on Tuesday said that Beijing will strengthen military training and prepare for any war as the nation's "security is increasingly unstable and uncertain."

The Chinese President made the declaration during a visit to the joint operations command centre of the Central Military Commission in Beijing, reported Sky News Australia.

China will now comprehensively strengthen its military training and preparation for any war, Xi said, according to state broadcaster CCTV. "The entire military should devote all its energy to and carry out all its work for combat readiness, enhance its capability to fight and win," Xi was quoted as saying by the state-owned media outlet, Xinhua.

"Xi instructed the armed forces to thoroughly study, publicize and implement the guiding principles of the 20th CPC National Congress and take concrete actions to further modernize national defence and the military," the report continued.

His warning comes after Xi last month called for faster military development, 'self-reliance and strength' in technology and defence of China's interests abroad, raising the likelihood of further conflict.

Xi, wearing army fatigues while addressing soldiers at China's Central Military Commission, has made similar remarks in the past, but his comments, broadcast on state television, come as tensions with the United States over Taiwan continue to escalate.

Under Xi, China has taken a more hard-line approach to Taiwan, claiming the island is a breakaway province that will eventually be "reunified" with the country.

The strong position has put it at odds with the United States and its Western allies, who maintain strategic ambiguity, but escalated tensions in August following the visit of US House Speaker Nancy Pelosi to Taiwan.

China perceived the visit as a challenge to its sovereignty over the nation and retaliated with a show of strength and force by conducting large-scale military drills and firing ballistic missiles over Taiwan.

The 69-year-old secured a historic third term as China's President last month while stacking the all-powerful Politburo Standing Committee with loyalists, cementing his role as the most powerful leader since Communist Party founder Mao Zedong.

Investors and analysts feared the unveiling of the new leadership team, which had traditionally been made up of representatives from all factions of the party, was a signal that Beijing was pivoting towards military and state power rather than business-friendly policies, reported New Zealand Herald. 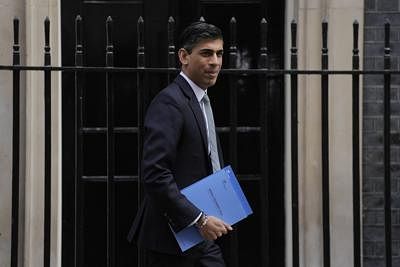