As part of the nationwide plan, the Ministry has launched a food-for-work program in Kabul province, where the country's capital is located.
IANS 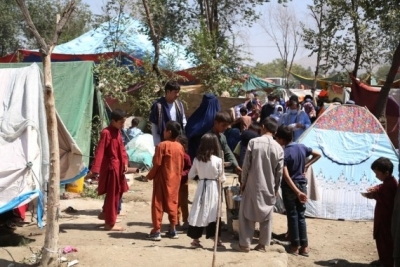 The Taliban-led Afghan government's Ministry of Agriculture, Irrigation and Livestock on Sunday launched a plan to create jobs and fight a potential food crisis amid the continuous rise of poverty and unemployment in the war-torn country.

The plan was launched after it was approved by the council of ministers of the Taliban caretaker government, Xinhua news agency quoted Rashid as saying.

As part of the nationwide plan, the Ministry has launched a food-for-work program in Kabul province, where the country's capital is located, he said.

"The Ministry has launched a food-for-work program in Kabul today. More than 40,000 people will be provided with jobs, they will receive wheat as they work, and the initiative will be expanded to other provinces."

The economic situation in Afghanistan has suffered after the Taliban takeover in August, which poses a huge economic burden on local residents with higher unemployment and rising poverty.

UN agencies, aid groups and a number of non-governmental organisations are also racing against the time to deliver life-saving aid and supplies to crisis-hit Afghans ahead of winter.