Afghanistan and Myanmar will not address the UN General Assembly's high-level General Debate on Monday, a top UN official has said.

According to the latest list of speakers for the last day of the high-level General Debate of the 76th session of the UN General Assembly, Afghanistan and Myanmar are not listed as speakers to address the session.

On Friday, spokesperson for the Secretary-General, Stephane Dujarric had said that "as for now, the Afghanistan representative inscribed on the list for Monday is H E Mr Ghulam M. Isaczai." Following the coup in Myanmar, its military rulers have said the country's Ambassador at UN Kyaw Moe Tun has been dismissed and they want Aung Thurein to replace him.

Last week, the Taliban had written to UN Secretary General Antonio Guterres nominating their spokesman Suhail Shaheen as Afghanistan's ambassador to the UN and had asked to participate in the high-level 76th session of the UN General Assembly. 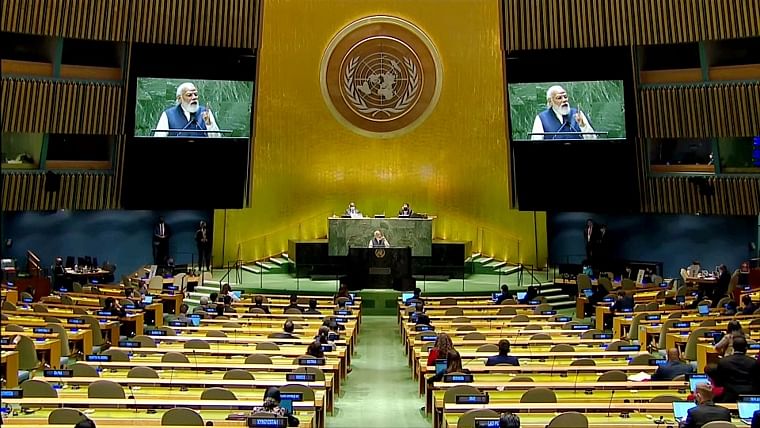