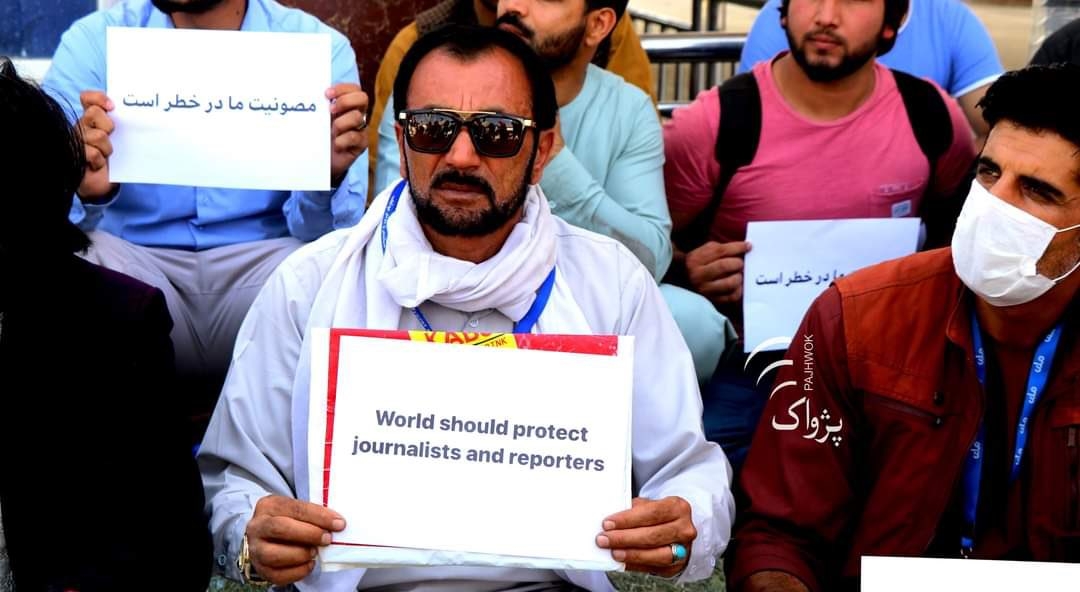 Afghan journalists and activists staged a sit-in protest in Kabul on Thursday. They've urged the international community to evacuate them from Afghanistan, where they face Taliban retribution for their reporting and work.

Earlier in the day, a Afghan reporter and cameraman associated with TOLO News were thrashed while working on field in Kabul, prompting a furious tirade on social media.

As the Taliban take over Afghanistan and thousands rush to exit the country, there have been a series of violent incidents reported in recent days.

While initial reports had suggested that the journalist, Ziar Khan Yaad had passed away, this appears to be the result of an unfortunate translation error. Later, a clarification was also issued by the scribe himself, reiterating that he was still alive, albeit injured.