As the entire nation gears up for Ram Mandir bhumi pujan, FPJ finds out how Indians plan to be a part of the much-awaited event. Why, even New York’s Times Square will screen Lord Ram’s images!
Gajanan Khergamker 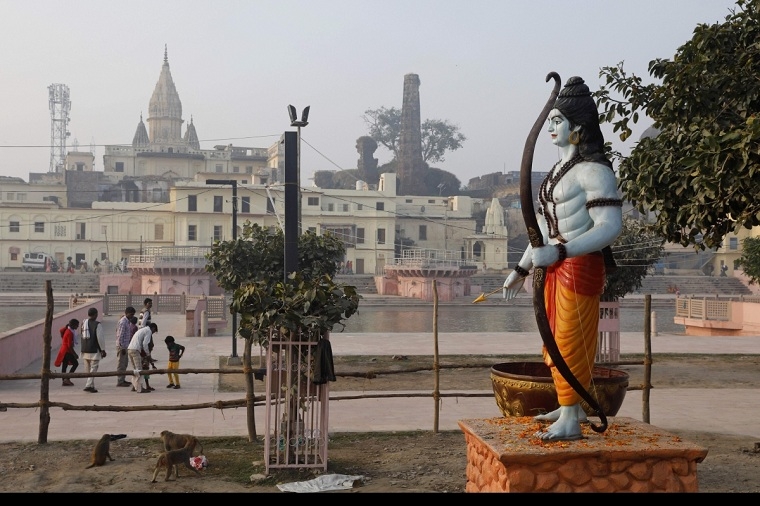 Ab acche din aayenge (Now, we’ll see good times),” says 53-year-old Gopal Singh keenly awaiting the bhumi pujan of the Ram Mandir on August 5. And, he means every word of it. “We work closely in the buffalo trade and have to travel from Juber Ganj Animal Market in Faizabad and Khurdabad where we stay together,” says friend and work colleague Quber Khan.

The two have been friends for years together. And now, while everyone awaits the event with bated breath, the two have plans to watch the bhumi pujan of the Ram Mandir, ‘live’ on Doordarshan at a common friend Fahim Pathan’s home in Khurdabad. “My house is too small for all us friends – six in all – to fit and Quber’s home has an elderly father who loses his cool when the TV’s switched on,” says Gopal. So, Fahim Pathan’s home is the best bet. It’s empty, is available, and has a TV and space to sit!

The wait for ‘development’ is set to end soon. With the Ram Mandir on the anvil are the Ayodhya Airport to be named after Lord Ram and the world’s tallest statue – eclipsing Sardar Patel’s too – at 251 metres of Lord Ram. The events are awaited with bated breath and for good reason. “It’s time, we move away from the hatred and controversies that have been fuelled mostly by vested parties. Once Ayodhya develops, its true potential will be realized. And then, you’ll see it surpassing even Dwarka,” says a Quber’s son Afzal, hopeful than ever.

Back in North Goa’s Arambol, known for offering a bohemian way of life to tourists, a sizeable population of religiously-driven Waghris awaits the day of the bhumi pujan. Now, with tourism dwindling almost to naught following the COVID-19 situation, the Waghri community that comprises Gujarati-speaking tribal population who work in Goa for six months before moving onto Banganga in Mumbai for the next six, are deeply religious Rambhakts.

At Banganga in Mumbai, where as legend goes, while on vanvas, Lord Ram’s brother Laxman shot an arrow to fetch Ganga from miles away to quench Ram’s thirst, has a colossal Lord Ram devotee population. “The Waghris in the zone wait all year round for Ram Navami and celebrate it with huge fervor here at Banganga,” says 63-year-old retired banker and Walkeshwar resident Krishna Gokhale.

Waghri trader and leader Jayesh Ugreja usually organizes community programmes at Banganga for his lot, but is stuck in Goa for the last few months owing to the lockdown. For August 5th though, he has organized, albeit through extensive networking, a screening of the Ram Mandir’s bhumi pujan at a local Ram Temple in Banganga. “A group of us have managed to get a TV in the Ram Temple and will be screening the Pujan live, while keeping in mind social distancing norms,” says friend and office assistant Vikas Durbar.

Jayesh Ugreja is organizing a similar group screening of the bhumi pujan at Arambol in a rice field behind his house. “I’ve even managed to put up a plastic tarpaulin on top, considering the unpredictable nature of the rains, and plastic stools to sit and watch it live,” he says. “I’ve done it all my life for functions and events where we’ve let our hair down and danced like crazy, there’s no way I would have let such a huge event go without arranging for a function,” says Jayesh. “We won’t have more than 20 of us, close friends and family, watch it happen,” he says.

“I was barely 22 years old when the Babri Masjid demolition took place in India and I felt it was such a waste – the hatred, the violence,” recalls US-based stock broker and NRI Sushil Chandnani of his time in India before moving out to the US. “Over time, with pro-active measures undertaken, the passage of time which has healed immensely and legal intervention, the Ayodhya issue is all set for a fresh start,” offers Sushil who maintains “it was a land issue from the onset being contorted into a religious one by vested anti-national interests.” 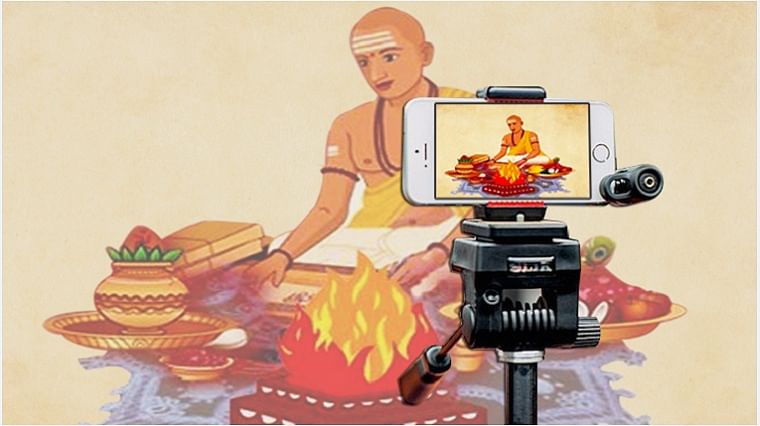