HomeWeekendInternational Cat Day: Meet feline lover Jaba Shah, who has 40+ cats and is a champion for strays in Mumbai

International Cat Day: Meet feline lover Jaba Shah, who has 40+ cats and is a champion for strays in Mumbai

Read on to find out an inspiring story of love, why cats are the best companions ever and more

Nestled in the heart of Mumbai is a compassionate being who has 45 cats at home and feeds 100 strays every day. Come rain, scorching heat, pesky societywalas or even a pandemic! She is unstoppable and a force of love to reckon with. Meet Jaba Shah, who has dedicated her life to caring for felines in a holistic way.

The frequency of pure love and warmth vibrates throughout the very clean home with almost constant ‘meows’ and ‘purrs’ which are music for every cat lover. A very private person, she agrees to this interview to spread awareness of cats, especially strays. 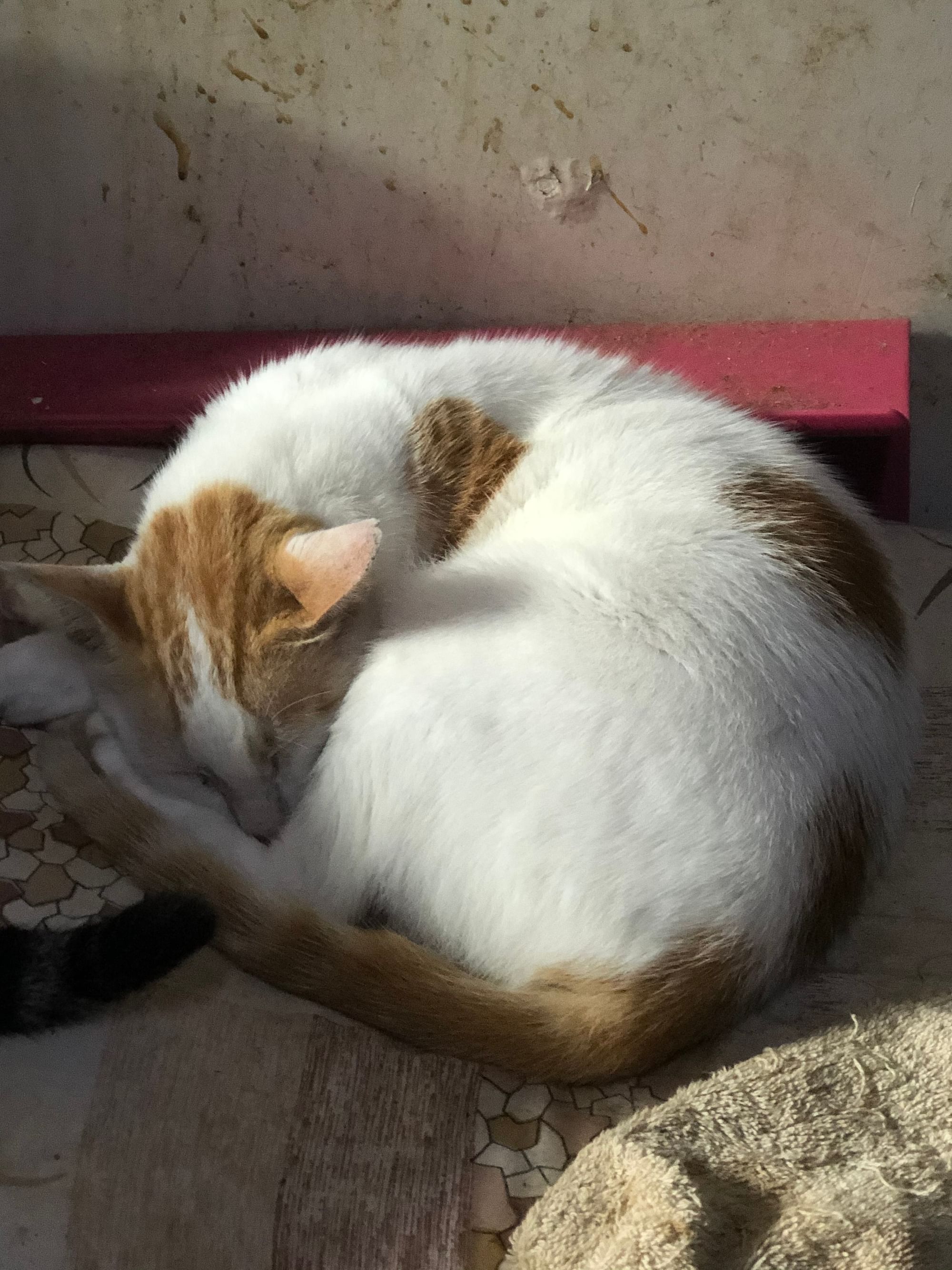 I start by asking her about how her journey with cats began. “I’m a former journalist myself. I went to the US. I was there for more than 10 years doing business. I came back in 2010. I was visiting, and that’s when I lost my mom, dad and brother in an accident together. I stayed back to care for my younger sister,” she recalls.

She adds, “I was in a lot of depression for a very, very long time till my friend picked up a kitten. It kept trying to get into the house. One morning, my friend came, and she saw that kitten, and I was asleep. She woke me up with that kitten and just put that kitten on me. And that just completely changed the trajectory of my life. My first cat Mocha, who is my darling, I would do anything for her. I’ve literally gotten into fights with my own family over her. I really do believe she sort of saved me. And then after Mocha, you know, another one happened, and another one happened...” Jaba’s passion for felines is much deeper than one could imagine. “I think this is the most gratifying thing that I do. I have about 45 animals, myself and I feed about 100 cats and sometimes dogs if they’re hungry. I’m sitting here, and one of them will meow from the 45, and I know whose meow it is! And I know what that means... whether they want food or they want water or they are about to get into a fight with another cat!”

I then ask her what it is about cats that moves her soul. Pat comes the reply, “Cats are a lot like me. No disrespect to dogs. They’re lovely, amazing and loyal, but cats have a mind of their own. You know, each cat has a personality that is so distinct. And I do believe that cats are very, very intellectual. We humans believe that we are the evolved species? Think again.” 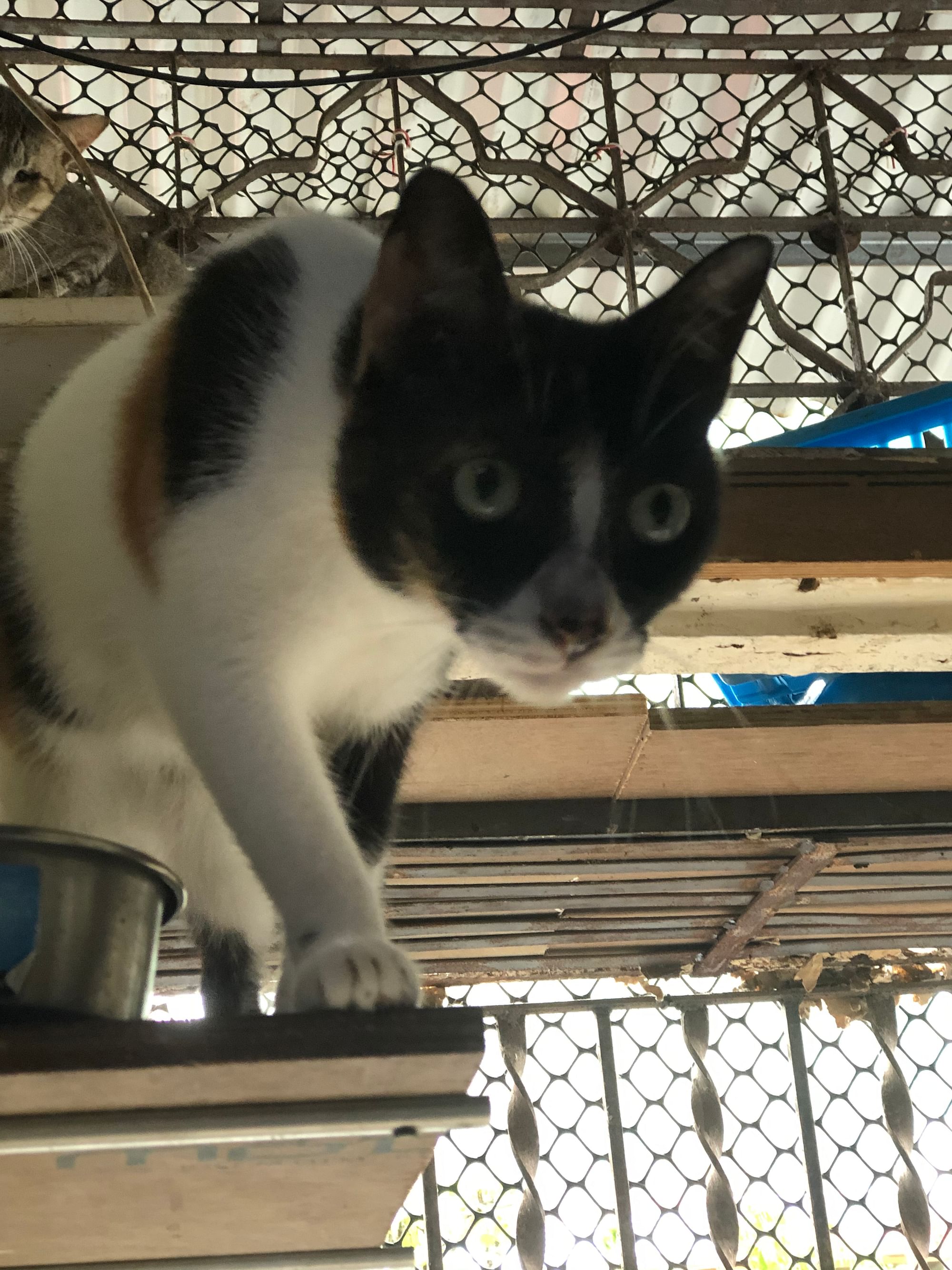 Jaba makes it very clear that people shouldn’t get a cat for mere entertainment. “A lot of times, people get cats into the family because the kid wants it. But no one’s actually ready to take on the responsibility. I mean, at the end of the day, it’s a life you’re getting integrated with your family. If they get a disease or skin infection, people actually pick them up and throw them out. They’ll abandon them on the road. Animals especially get abandoned a lot because people don’t want to pay for their veterinary bills. The pet has been your loyal friend for 10 plus years, and when it gets sick, you pick them up and dispose of them. It’s a commitment that you’re making for the next 14 to 15 years of your life,” she avers. Jaba cautions us that what she is doing is not everyone’s cup of tea. “Unless you are willing to write off your life, don’t do it.” Instead, she feels a better way to make a small yet gigantic change is to adopt. “This is a full-time commitment. You have to say goodbye to your own life. And it requires a lot of money, which is not easy. Every month is a struggle. People pick up many animals in a wave of compassion. Then they suddenly realise that they’ve taken on too much and don’t want to make the sacrifices required for their upkeep, whether it is a monetary, emotional or materialistic sacrifice. What after that wave settles down? Question yourself, do you really have it in you? Adopt a single animal or two animals and keep them well,” she explains. It is what she reveals now that’s quite a shocker when it comes to her caring for stray cats. “People are not caring. I wish people were more compassionate. I wish I knew that. I wouldn’t change a damn thing about my life, but it is difficult. The amount of resistance that I face, and not just me but every feeder faces when we go out feeding the animals, is a lot. I feed about 60-70 odd cats at Gamdevi. Rich people never do anything for the animals, and when someone is doing something, they have a problem with that,” she rues.

However, Jaba is all praise for Gamdevi police station and cops in general for being supportive of animal feeders. She also wants people to know their rights. “Stick up for the ones that can’t speak, unlike us human beings who have the ability to talk. A state of a country is known by the state of its animals. If our government is not compassionate towards its own people. What are they going to do for the animals?” she retorts. 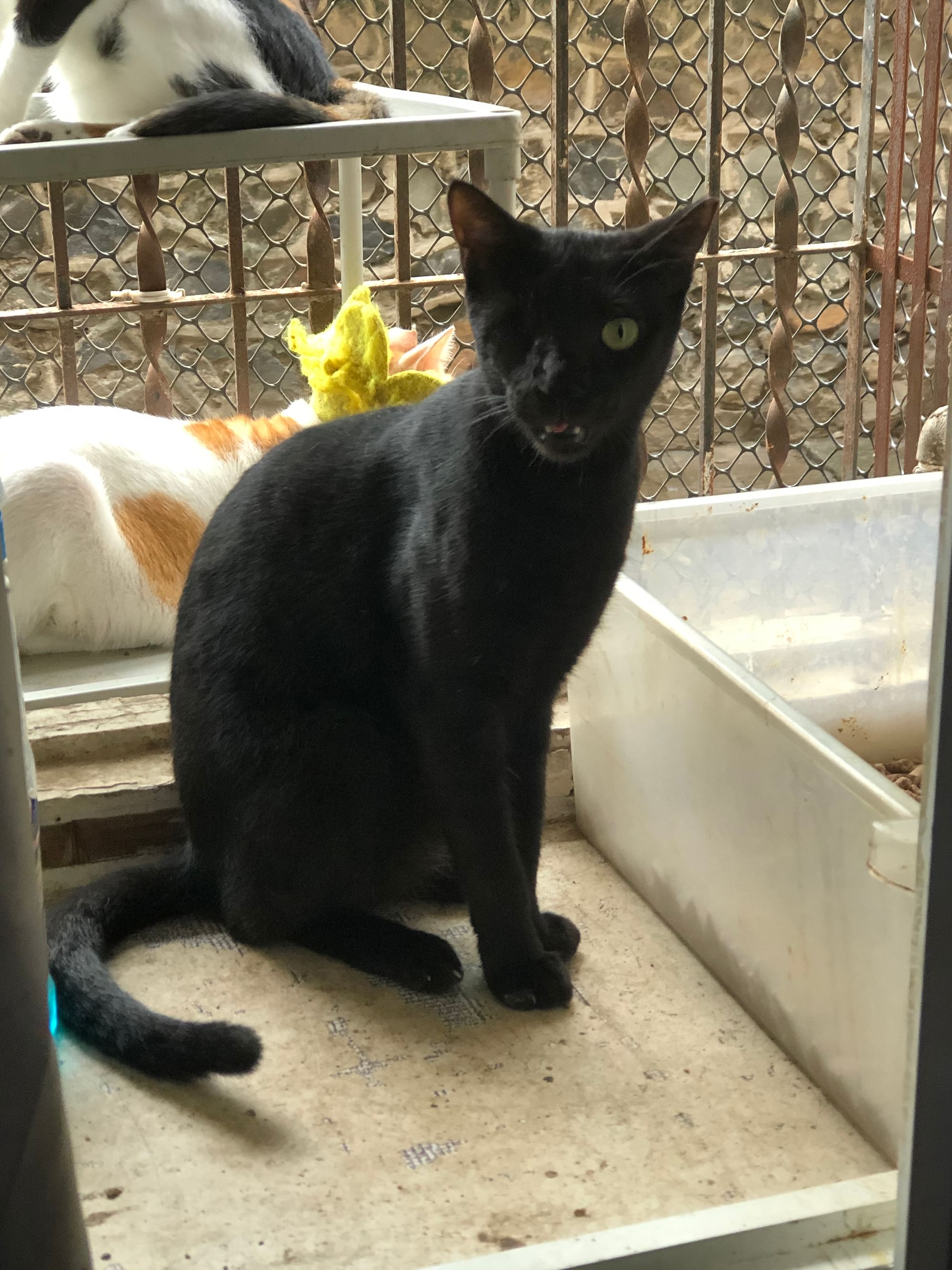 Jaba hopes the government ups its game to work towards the improvement of the health care and well-being of cats, especially strays. “The government needs to step up and start a proper neutering program. People like us have depleted our savings, doing the government’s job for which we all are paying heavy taxes. Unfortunately, there’s so much corruption going on. There are like ABC centres that are allocating 500 rupees to neuter a cat. They give all these contracts, but there’s so much corruption going on. We take different cases where they give it out to an agency where they’re probably getting kickbacks. So actually, when people like us say that, okay, we’ll do neutering camps or something like that, and you go to the government, they say that from that 500 also, give us 250! How are you going to neuter any animal for 250 bucks? On top of that, they give it to agencies where they pick up strays, and they’ll clip their ears, and the cat is not neutered. Or the stitches are so low quality by the vets. I don’t know what goes on. Then release the animal, and the stitches break open. The poor cats literally have their intestines out, and they die,” she states. 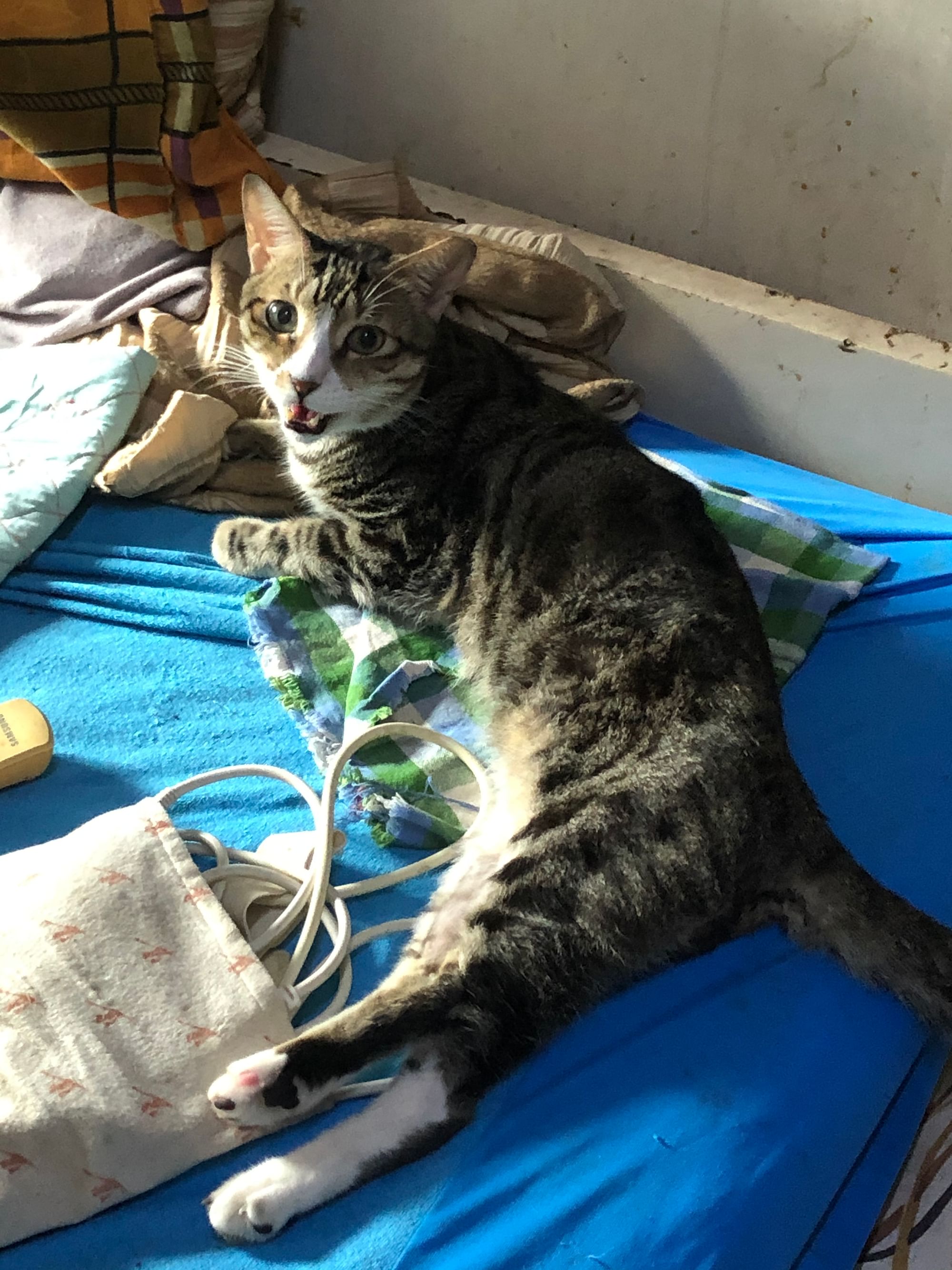 Cats get a bad rep for not being as loving as dogs. Jaba disagrees, “People are stupid. Cats are, in fact, the most loving cuddle bunnies. If you just let them in and respect them, they will respect you back. Love them, and they will love you back. They’re just intelligent little dogs, and they’re not in your face, either. They are less responsibility, especially for city folk. There is no better animal than a cat. They just did take care of themselves, and when you’re down, they make you laugh. They’ll actually brighten up your day!”

Jaba plans to spend this special day doing what she does best. Along with her “right hand and soul sister”, Sheetal Gurav, she will, as usual, start prepping to love and nurture her fur babies from 6.30 am. She hopes more and more people adopt strays, shower them with lots of love, and treat them and their feeders with compassion.