Did you find similarities between the two iconic films? You aren't alone as several tweets have tried to compare the scenes, cinematography, color palette, and other cine aspects of Kantara and Tumbbad.

Be it the Kannada blockbuster "Kantara" or the Marathi film "Tumbbad," both have won the hearts of the audience for their impressive cine settings and storytelling abilities.

In case you have watched both of these iconic mystic films, you might have traced some similarities and taken to compare the two. The internet is flooded with tweets wherein movie buffs have begun a Kantara vs Tumbbad debate. While some suggest that the two films run on a similar track, others deny hinting that the two deserve no comparison.

Not only did the audience react to the religious theme-based movies, but Tumbbad's filmmaker Aanand Gandhi also tweeted in the regard, and said, "Kantara is nothing like Tumbbad..." As one might know that the Sohum Shah-performed movie was a horror-filled experience, while the recent Kannada film has nothing much in the stated genre.

Kantara is nothing like Tumbbad. My idea behind Tumbbad was to use the horror as an allegory of toxic masculinity and parochialism.
Kantara is a celebration of these.

If we were to ask you which of these films would you prefer the most, you may or may not have an answer. Some social media users refused to choose one over the other as they equally respected both artworks, while most favoured Tumbbad to be one of its kind.

Sadly, there was no one hyping Tumbbad at the time.

In my opinion both films are extremely successful at telling rooted stories in their own unique way. Tumbbad is about the evil, Kantara is about the devine. https://t.co/oLv6PIF1oQ 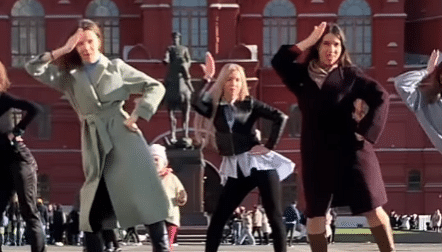 #Tumbbad is a masterpiece
Don't even compare it to #kantara
Tumbbad is way more brilliant than kantara
Btw I like kantara too but tumbbad had my heart ❤️ pic.twitter.com/aQ4MRhz1zU

Don't hate me for saying this, but #Tumbbad and #Kantara cannot be compared. But, if you insist on comparing both, Tumbbad was a slightly better film with an underlying message of "the consequence of greed." #JustSaying pic.twitter.com/xQI7Z5D3wV