Despite a recent surge in coronavirus cases, the College Square is among the many community committees that are going ahead with full-scale celebrations

Bikash Basu, an official of the big-budget Durga Puja in the city, is keeping his fingers crossed. He hopes that the Covid situation would not deteriorate to devastating levels like the past two years.

The member of the College Square Sarbojonin Durga Puja says there is a hunch that people will hit the streets more this time.

Despite a recent surge in coronavirus cases, the College Square is among the many community committees that are going ahead with full-scale celebrations of the 'Durga Puja in Kolkata', which has been inscribed by Unesco on the Representative List of the Intangible Cultural Heritage of Humanity last December.

Several organisers have conducted 'khuti puja' -- rituals to start putting up the marquee -- and have not yet altered previous plans to hold the grand festivities, unlike the muted scale in the past two years."We have a budget of Rs 80-90 lakh this year, up above the Rs 50-60 lakh during the pandemic time," Basu tells PTI, adding that the support from the sponsors is more.

The association is proceeding with the plan for its 75-year-celebration, including a dazzling theme-based illumination on the water body in front of the marquee. The idol height will be around 15 feet, which is more than the past two years.

The spokesperson of another award-winning puja -- 75 Pally in Bhowanipore - asserts that people are in "no mood" to give the celebrations a miss this year after a couple of scaled-down festivities.

Tens of thousands of pandal hoppers were denied the scope to have a close look at the idol from inside in the past two years due to several restrictions by the high court and administration.

"In 2020 and 2021, the 75 Pally had cut the size of the marquee and the illumination by 50 per cent. Our members were crestfallen," Subir Das says.This year, Das adds, the committee plans to make the entrance more accessible, hoping that there will not be such curbs.

Partha Ghosh, an official of the Shivmandir Sarbojonin Durga Puja near Rabindra Sarobar, underscores that even if Covid-19 cases rise, the virus is not as lethal as it used to be.

"In view of the public expectations and sentiment of our members and people of the locality, we have decided to make the marquee bigger," Ghosh says.

Beleghata Sandhani, one of the old pujas in north Kolkata, saw the height of its 'sabeki' idol reduced to around 8 feet from the usual around 12 feet."We want to invoke the goddess in full-fledged manner with the deity in her traditional and normal height, a big marquee and an over 1-km-long illumination," a spokesperson said.

An official of the Ekdalia Evergreen Club said late president Subrata Mukherjee, who was associated with the committee for 50 years, "would have wished we would be going ahead" with pomp in lighting, marquee and the height of the idol.

Mukherjee, who represented Ballygunge in the assembly, died on the day of Kali Puja last November."Subrata da would have wanted people to have a better look at the goddess. He is no more, but hopefully his wishes can be fulfilled this time," Ekdalia Evergreen secretary Goutam Mukherjee added. 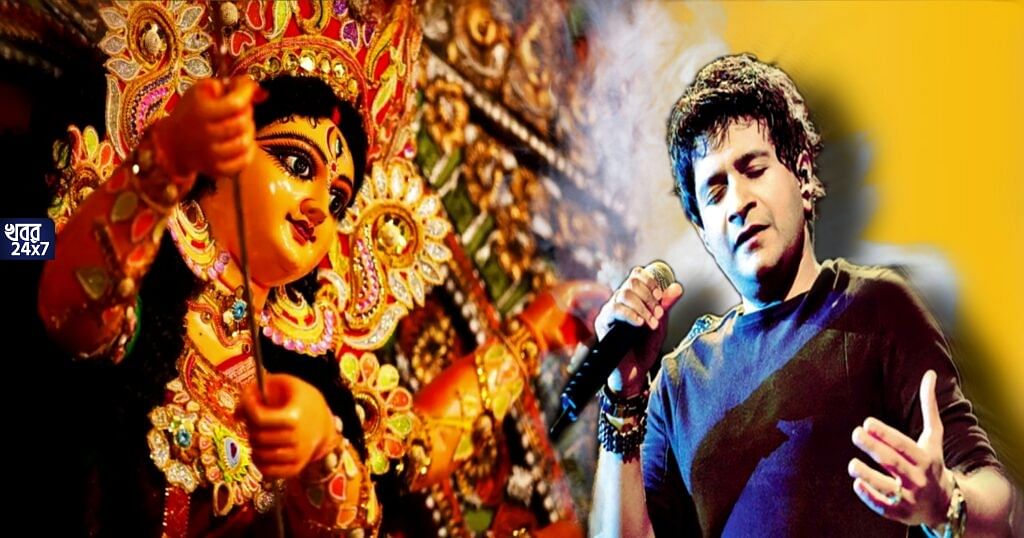 Read Also
KK's last performance in Nazrul Mancha to be theme of Durga Puja in Kolkata; details inside