The person who had accompanied the girl to the guest house- absconded from the venue after slitting the neck of the girl.
FP News Service 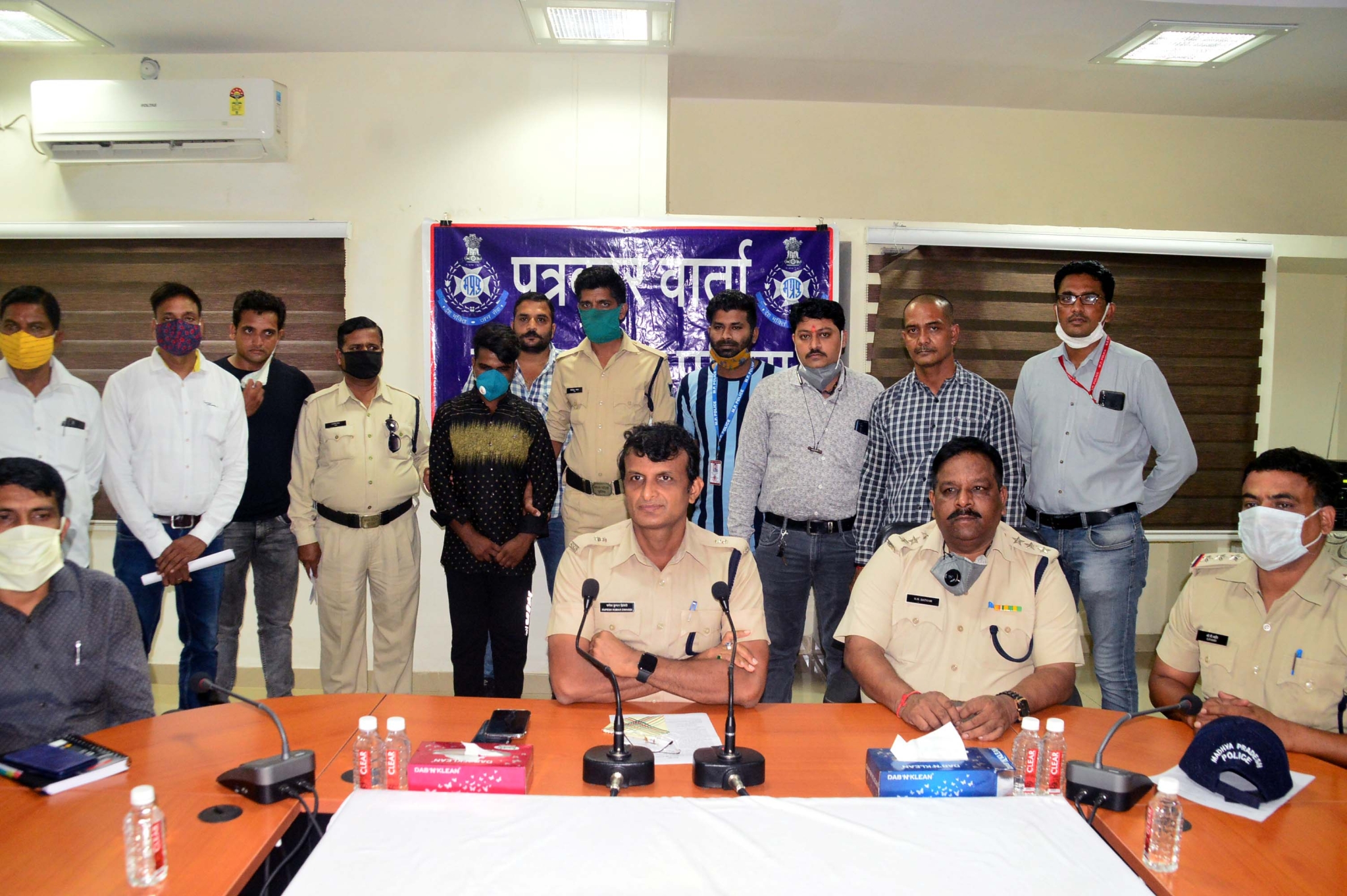 Murderer in blue shirt in centre. |

Ujjain: The police claimed to have solved the murder mystery of the girl within a day and arrested her boyfriend for her murder.

In a chilling incident a girl was slit to death in room number 308 of Nataraj Guest House situated at Nanakheda Bus Stand on Thursday morning.

The person who had accompanied the girl to the guest house- absconded from the venue after slitting the neck of the girl.

Police alleged that Tanu Parihar was murdered on Thursday morning in the guest house by none other than her boyfriend Subhash Porwal who is an auto rickshaw driver by profession. The girl’s parents had fixed her marriage with someone else and Tanu was not ready to go against her parents’ decision, police said.

As per the police, the alleged accused Porwal has confessed to the crime. Cops alleged that Subhash asked Tanu to talk to him for one last time at a discrete place. When Tanu heeded to his demand little did she know that real motives of her friend.

She met the accused but was completely unaware as to what extent her friend will go if she refuses to stay with him.

Police claimed that the alleged accused kept requesting her to stay with him but when she kept refusing to heed to his repeated demands- Subhash slit her neck with knife in a fit of fury, He fled from the spot to his relative’s home at Dug-Barod near Agar.

Cops alleged that as per Porwal- he and Tanu got married at an Arya Samaj Temple and he wanted to disclose about the marriage to parents of girl. However, the girl was not ready for it, so in desperation he killed the girl.