Due to Covid-19 outbreak the tradition of Tarpan and Pind Daan has also changed. Pandits will also conduct online tarpan this time.
FP News Service 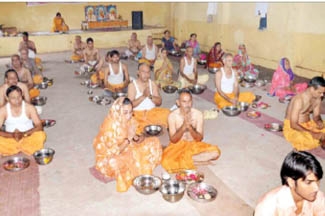 Ujjain (Madhya Pradesh): As Pitrapaksh is slated to start on Monday, people will perform tarpan for ancestors at Siddhavat and Gayakotha teerth.

Due to Covid-19 outbreak the tradition of Tarpan and Pind Daan has also changed. Pandits will also conduct online tarpan this time.

In Sanatan culture, ancestors are remembered for 16 days. These days are called Pitrapaksha. For the entire 16 days, the ancestors are remembered according to the date. In Pitrapaksha, the ritual of tarpan, pind daan has been performed. This work is done according to the date. Ujjain is considered as Siddha Kshetra, hence Pitrapaksha is compared with Gaya Tirtha here too. Shradh of Poornima or Pratham Tithi will be held on Monday. Even before this, preparations continued on Siddhavat and Gayakotha.

Pandit Vijendra Shastri Naharwala said that there is a tradition of Pind Daan and Tarpan on Siddhavat. The Pitra get moksh when their loved ones discharge these traditions. Thousands of people perform these rituals. This time arrangements are being made to conduct online tarpan and shradh.

According to astrologer Pt Amar Dibbawala, Mahalaya Shradh begins from the full moon date of the Shukla Paksha of Bhadrapada, although the Amavasya is specially considered from the Pratipada of Ashwin Krishna Paksha. This time Shradh Paksha is of full 16 days and special types of yoga combinations will be witnessed during these 16 days Shradh Paksha, out of which 5 Sarvartha Siddhi Yoga and one Amrit Guru Pushya Yoga have formed, as well as the importance of Shradh festival with special constellations also increased.

According to the calculations of the Panchang, this time during the Mahalaya Shradh festival, the position of the planets in the transit of the planets and the combination of the days with the constellations are forming a specific yoga. There is a special importance of performing Shradh in such divine yogas has also been enumerated in Garuda Purana, Matsya Purana, Padma Purana and other religious texts. This time on Sarva Pitri Amavasya, along with Sarvartha Siddhi Yoga, a yoga named Gaj Chhaya is being formed, which is considered very special in relation to ancestors, he said. 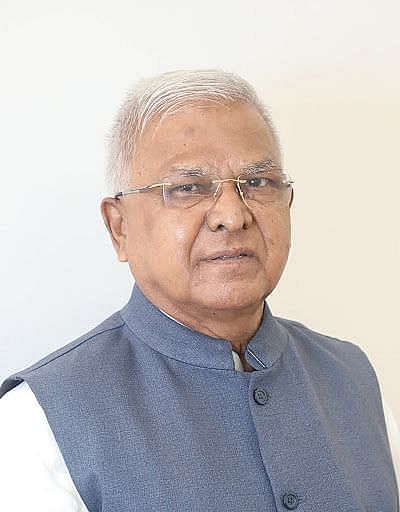