From Nairobi to North Sound: The incredible journey of Yuvraj Singh, a limited overs legend

Yuvraj Singh had many ups and downs in his international career. However, numbers don’t lie and, in Yuvraj’s case, it is clear that he remains one the greatest match-winners India has ever produced in the limited overs format

Back in 2000, when India were still considered a poor fielding outfit, an 18-year-old Yuvraj Singh beat Michael Bevan for speed and ran him out in the ICC KnockOut Trophy match. It was a big deal as Bevan was considered one of the best runners between the wickets and rarely had India managed to trouble him, at least in the field. This came after the lanky left-hander had slammed 84 from 80 balls in his debut tournament, against the likes of Glenn McGrath, Brett Lee and Jason Gillespie. Yuvraj Singh had arrived.

Just a few months earlier, the southpaw had earned the man of the series in the U-19 World Cup played that year. As a youngster, he had developed a reputation of hitting the ball out of the park rather nonchalantly. Transforming the talent to the next level was the bigger challenge. The above-mentioned match against Australia in 2000 was significant in that sense. It marked the beginning of an era, one in which Indians were not afraid to play fearless cricket and give the best teams like Australia back in kind. And, Yuvraj, in many ways was the flag-bearer of the new India on the cricketing circles. 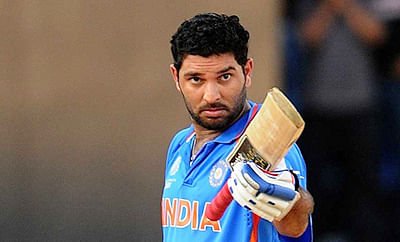 Yuvraj had many ups and downs in his international career. However, numbers don’t lie and, in Yuvraj’s case, it is clear that he remains one the greatest match-winners India has ever produced in the limited overs format. In the 2007 World T20, even as Team India were still reeling under the shock upset in the 50-over World Cup, Yuvraj lifted the spirits of Indian fans by smashing six sixes in an over from Stuart Broad. The innings gave India belief that the tournament could be theirs for the taking, just like Kapil Dev’s 175 in 1983. And so it was as India lifted the inaugural World T20 under a young MS Dhoni. 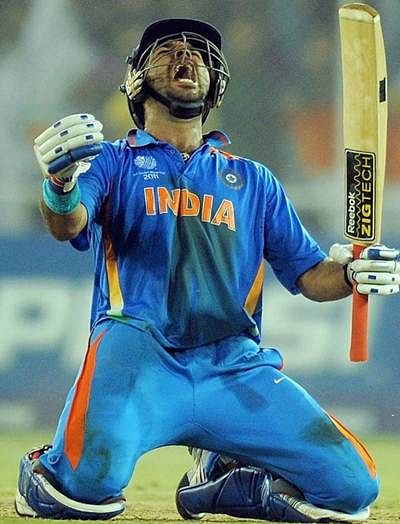 Four years later, Yuvraj was to go one step ahead and perform even better heroics in the 2011 World Cup. With over 300 runs and 15 wickets, Yuvraj lorded over most opponents. The rollicking shot he hit to knock Australia out of the tournament in the quarter-finals at Ahmedabad saw life come a full circle for Yuvraj. It was against the same opponent that he began his glorious career a decade ago. From there on, there was no stopping India as they went on to lift the World Cup title for the second time. Yuvraj’s performance became even more incredible when it was learnt that the all-rounder played the World Cup despite suffering from cancer, and constantly vomiting blood.

Read Also
Yuvraj of Cricket! When Yuvi smashed 6 sixes in an over to record fastest T20I fifty 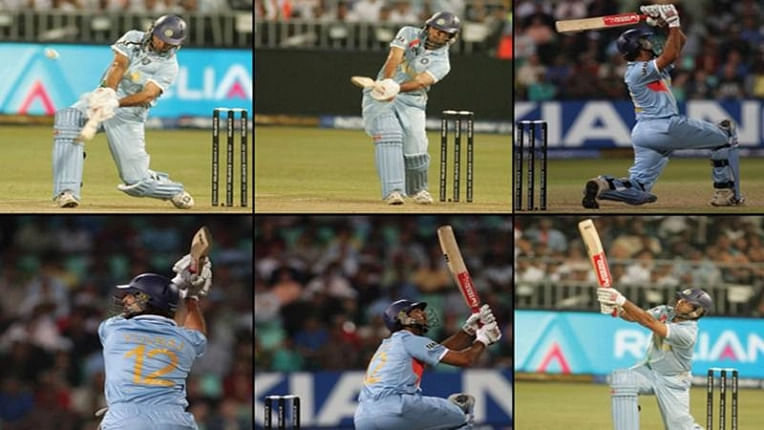 Like a true fighter, Yuvraj came back after defeating the disease, but was never quite the same player again. The laborious 11 from 21 balls in the 2014 World T20 final was, in his own words, ‘shattering’. To make a comeback from that point seemed near impossible. But, there was a swansong of sorts in store for Yuvi. He registered his highest ODI score 150 in an ODI in Cuttack against England, in January 2017, at the age of 35. In the Champions Trophy that followed, he slammed 53 from 32 balls in a group match against Pakistan.

It all went downhill for Yuvraj from that point though. With age and fitness not on his side, he played his last game against West Indies at North Sound in June 2017. It might not have been the perfect end of his career, but nothing can be taken away from his tremendous achievements. Critics would always point out to the fact that he never quite made it in the longer format. Perhaps, his game was not cut out for it. In limited overs though, he was a legend. And there can be no two ways about it.