Wrestling, Olympics | Bajrang Punia to play for bronze after losing 5-12 to Haji Aliyev of Azerbaijan 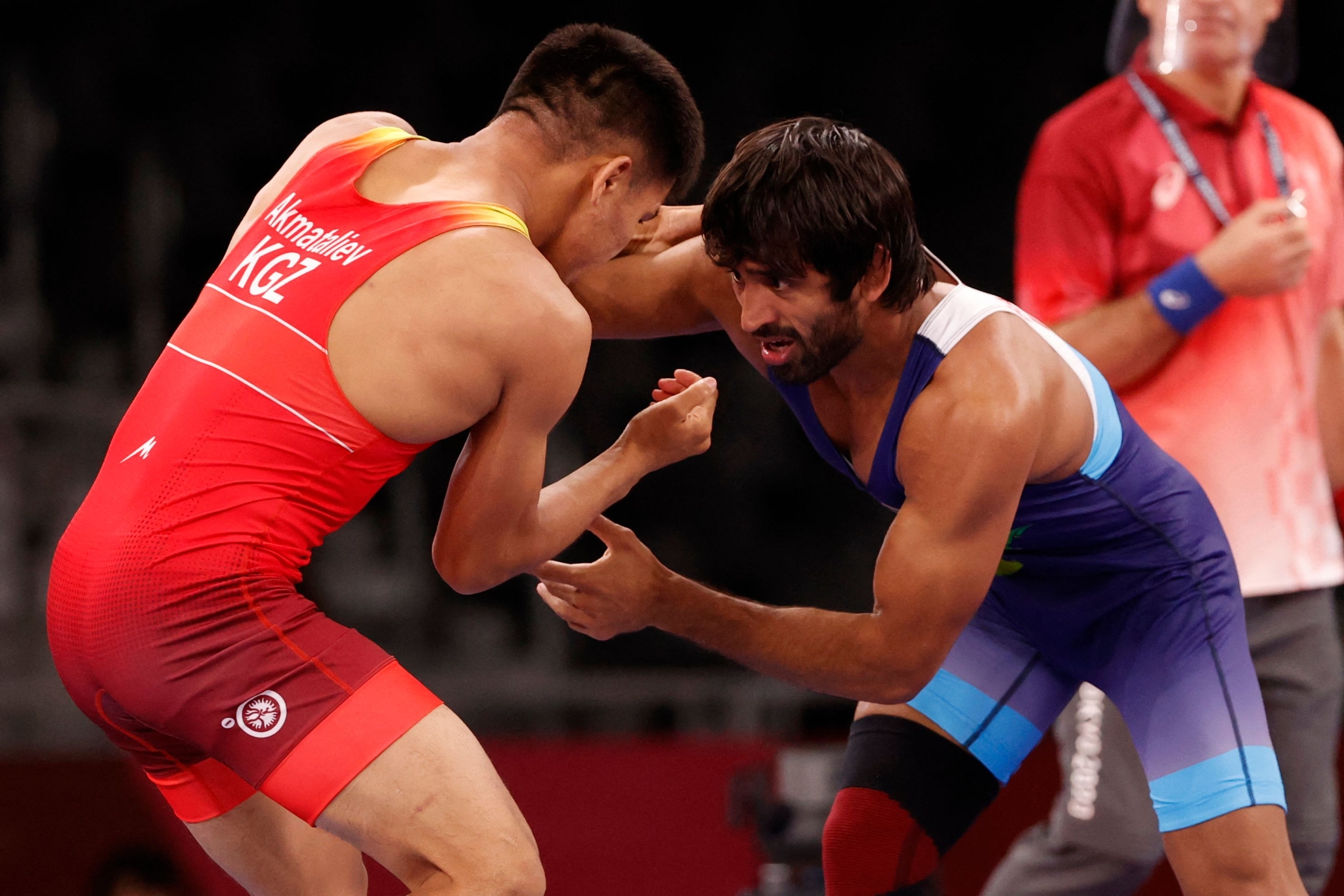 India's Bajrang Punia's wrestling match against Kyrgyzstan's Ernazar Akmataliev (red) in their mens freestyle 65kg match earlier in the day at the Tokyo 2020 Olympic Games at the Makuhari Messe in Tokyo on August 6, 2021. | Photo by Jack GUEZ / AFP

"Winning and losing is part of life. He will definitely win the bronze medal," Bajrang Punia's father, Balwan Singh said.

Earlier in the day, he began his campaign by narrowly defeating Kyrgystan’s Ernazar Akmataliev in the men’s freestyle 65 kg category and then ousting Iran’s Morteza Ghiasi by fall to book his place in the semifinals.

A single takedown in a 3-3 scoreline had made the difference against Akmataliev while the 27-year-old Asian champion Punia found himself trailing against Ghiasi before he pinned the Iranian, who desperately tried to escape the hold but failed.

In semis, Punia faced Azerbaijan's three-times world champion Haji Aliyev, who beat Kazakhstan's Daulet Niyazbekov 9-1 in a controlled quarter-final bout. The Indian grappler might have started the game on a high, but Aliyev's two-point move gave him a 2-1 lead against Bajrang. He further extended his lead as he took the scoreline to 4-1 with the same set of moves over Bajrang. After the first period, Bajrang trailed 1-4 against Aliyev.

In the second essay, Aliyev came all guns blazing as he went on a point-scoring spree taking the lead of 8-1. Bajrang came back strong and hard registering four points but the Azerbaijani wrestler kept on extending the lead as he went from 9-5 to 12-5 within seconds.

For India’s women wrestlers on Friday, Seema Bisla bowed out in her first bout of women’s freestyle 50kg category. 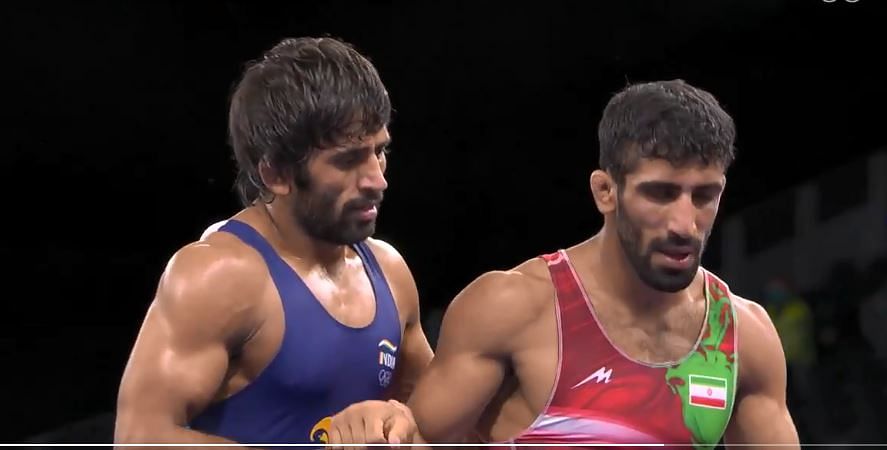