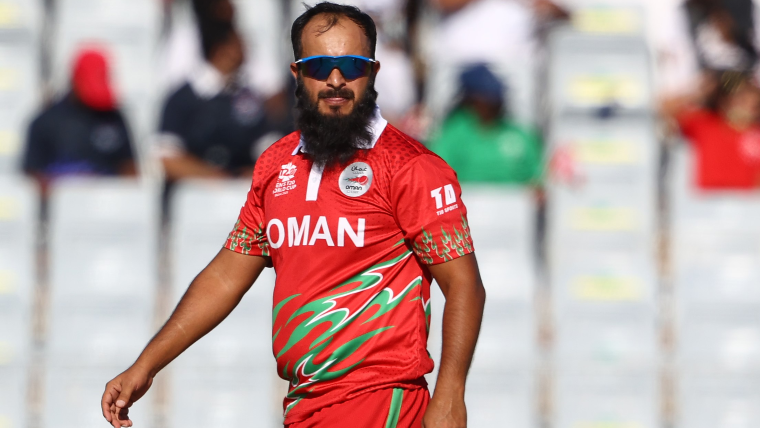 Four wickets from Zeeshan Maqsood, including three in an over, helped Oman restrict Papua New Guinea for 129/9 in the opening match of the T20 World Cup at the Al Amerat Cricket Ground in Oman.

Sent in to bat, PNG lost two quick wickets early thanks to the impressive seamers Bilal Khan and Kaleemullah. They dismissed the openers Tony Ura and Lega Siaka for ducks and didn’t let Assad Vala and Charles Amini score freely.

Vala and Amini, though, batted steadily and added 81 together for the third wicket. Amini was the aggressor, scoring 37 off just 26 balls, before a mix-up with the captain Vala saw the partnership being broken.

Vala, meanwhile, batted steadily and made his fourth T20I half century, as PNG were placed on 102/4 with six overs to go. Kaleemullah dismissed Vala (56), after which Maqsood ran through the middle order as PNG lost their way to find themselves from 112/4 to 118/9.