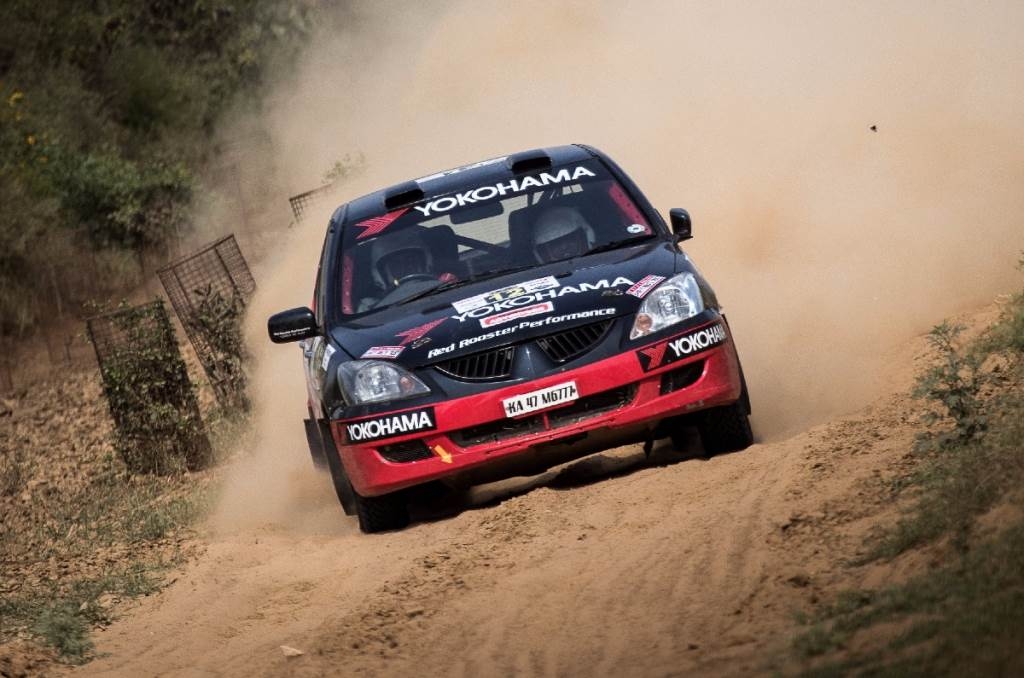 New Delhi: Champions Yacht Club FMSCI Indian National Rally Championship 2020 will see a strong Japanese presence with Tyre major Yokohama making a comeback into the country's marquee motorsport championship.
Yokohama, which has made it’s presence felt across the Indian market over the last decade will once again associate with INRC, a news that will certainly be music to the ears of racing aficionados of the country, especially after how the entire sporting fraternity was paralysed due to the novel Corona virus.

They will not only be coming on as partners but also will be competing in the championship proper under the banner "Team Yokohama."

They will foray into the season with an impressive line-up comprising of the defending champion Chetan Shivram, Denn Thimayya, Lokesh Gowda, Vaibhav Marate and Arjun Rao.

Denn Thimmaiya will be competing in INRC 1 category driving the R2 Cedia, while Lokesh Gowda and Chetan Shivram driving Cedia and Polo respectively will be leading their team's charge in INRC 2 category. Arjun Rao will compete in INRC 3 driving a Polo and Vaibhav Marathe, driving a City -VTEC will exhibit his skills in INRC 4.

Vamcy Merla, promoter of INRC and director of Champions Yacht Club is delighted at this new development and feels that it indeed underlines the truth behind the growing reputation of the championship.

"This is a great achievement on our part to be able to bring on such a reputed brand on-board the INRC. It is wonderful to have them with us and I really would like to thank them for showing their faith in the property." Yokohama's entry now will take the competition a notch higher and it certainly add a renewed zing to this year's championship," he added further.

Harshwardhan Honmode, Director of Yokohama India said, “Globally Yokohama has been participating in various motorsport events including FIA championships like WTCR(World Touring Car Cup), Super GT. Motorsport not only gives us insights to develop better products but is also an extension of motoring lifestyle, which, we at Yokohama strive to provide motorists all over the world.”

“With govt. recognizing Motorsport as a discipline of sports, promoters and organizers putting their best foot forward to promote the sports, we do see changing scenario of Indian Motorsport. Taking the global philosophy of association with Motorsport ahead, we decided to participate in the INRC 2020,”Harshwardhan added.

The 2020 Indian National Rally Championship will see a shortened calendar and have total of five rounds instead of six with two to be held in Itanagar in December, followed by three in South India (Coimbatore, Hampi and Bengaluru). The complete season will be wrapped up in a month and a half.

Globally other than the replacement tyre business, Yokohama Tyres are original equipment suppliers to many top of the line car manufacturers like Audi, Honda, Mercedes Benz, Mitsubishi, Nissan, Porsche, Suzuki and Toyota.

Yokohama India Pvt. Ltd. is a 100% subsidiary of The Yokohama Rubber Co., Ltd. Yokohama Rubber Company has already completed the 100th year of its establishment in 2017 and decided to foray into Indian market in 2007. India being one of the fastest growing automobile markets made Yokohama India to start its 1st manufacturing plant in November 2014 and achieved the milestone figure of 1 millionth tyre production in the year 2016. Further in August 2020, doubled the capacity in response to increased demand for Yokohama Tyres. For further details please visit http://www.yokohama-india.com/.