On the back of her splendid performance in the just-concluded T20 series against Sri Lanka, India's left-arm spinner Radha Yadav has moved up to the 13th spot in the ICC Women's T20 players rankings.

As per the latest rankings released by the ICC, Yadav has progressed seven places to the 13th among bowlers after bagging four wickets in the series against Sri Lanka, which India won 2-1.

In batting chart, Sri Lanka captain Chamari Athapaththu has moved up one place to a career-best seventh position after aggregating 139 runs in three matches. She had struck a match-winning 80 not out in the final T20I in Dambulla.

Athapaththu has also gained two slots to reach seventh in the all-rounders' list.

The other Indian bowlers who have advanced in rankings are Pooja Vastrakar, who has moved up 30 places to the 32nd spot, and Renuka Thakur, who has jumped 83 places to reach the 97th spot.

Sri Lanka spinners Oshadi Ranasinghe (up 11 places to 26th), Sugandika Kumari (up nine places to 40th) and Inoka Ranaweera (up16 places to 47th) have also improved their rankings. 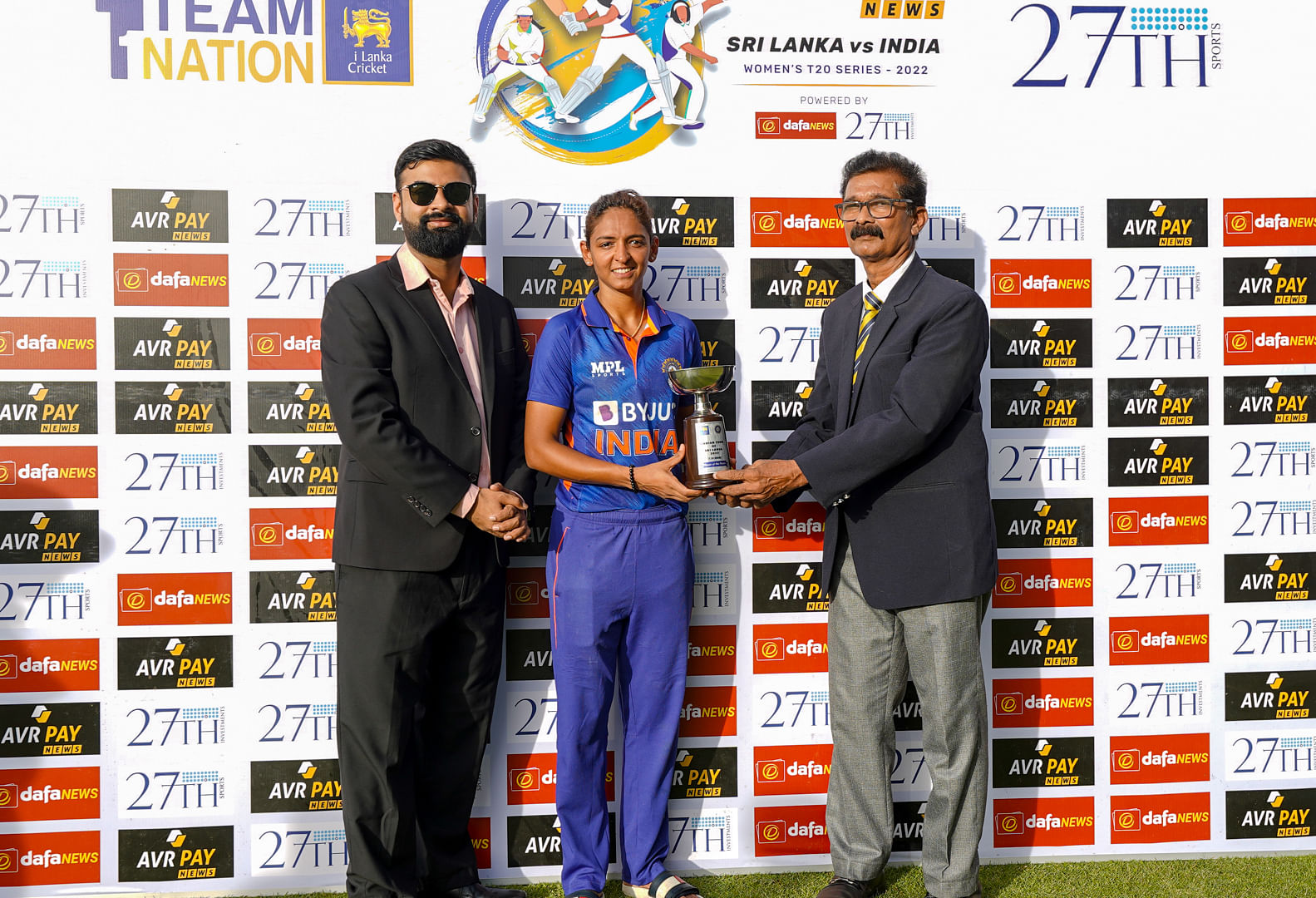